Redmi Note 11S touts several impressive specs under Rs 20,000, but it also misses out on key features that rivals offer in this segment.

Xiaomi recently launched two new Redmi branded mid-range smartphones in India as part of the Note 11 series. The Redmi Note 11 and the Note 11S are now available for purchase in India and are both well-equipped devices. However, the Redmi Note 11S, being the more expensive of the two, could’ve been better equipped according to us. The phone lacks some features that are present in other smartphones in the same price range. The Note 11S starts at Rs 16,499, with the top-end variant costing Rs 18,999. At these prices, Redmi could’ve added some of the missing features that we’ve mentioned below. Let’s take a look.

5 features Redmi Note 11S doesn’t get, but competitors do

Most smartphones these days offer 5G connectivity, which may not be very useful today, but will make the phone future-ready. 5G services are expected to launch in India by 2023. Therefore, most people may want to purchase a 5G-ready smartphone just to be prepared. The Redmi Note 11S misses out on 5G connectivity, whereas many smartphones in the price segment offer this feature. Redmi’s biggest competitors, Realme and Vivo, both offer 5G phones for a similar price, such as the Realme 8 5G and Vivo T1. Some budget phones also offer 5G, so it’s kind of a disappointment to see Redmi not include 5G on the Note 11S. 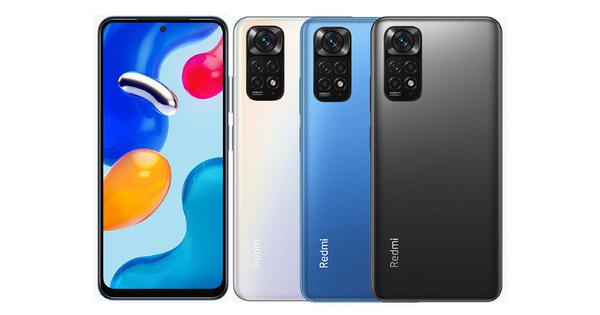 The Redmi Note 11S comes with a MediaTek Helio G96 processor, which is a decent mid-range chipset. This processor was released last year in July, and although it’s a good performer, there are plenty of newer options available right now. For example, MediaTek’s Dimensity series or the Snapdragon 600/700 processors are not only better performers but are also more efficient. It would’ve been nice to see the Note 11S from Redmi use a Dimensity SoC from MediaTek, which would help improve the overall performance of the smartphone. Phones that are similarly priced are being offered with newer and more efficient chips.

Although the 90Hz AMOLED display on the Redmi Note 11S is nice, it definitely misses out on a faster 120Hz panel. There are several similarly priced smartphones that offer 120Hz refresh rates for smoother animations and a more enjoyable viewing experience. This is a feature that we think Xiaomi could’ve easily incorporated on the Redmi Note 11S without adding to the price tag. Even if it were an LCD panel with a 120Hz refresh rate, gaming would’ve been more enjoyable on the phone.

The Redmi Note 11S comes with a 5,000mAh battery, which is common in its price range. However, competitors are offering faster-charging speeds compared to Redmi’s 33W. Phones such as the Realme 8 Pro and iQOO Z3 offer 55W fast charging speeds, which help charge the phone faster. While 33W fast charging is good, it’ll still take some time to top up the 5,000mAh battery inside the Note 11S. Hence, support for faster charging would’ve made topping up the battery easier.

Xiaomi’s Redmi Note 11S is a good mid-range smartphone that could’ve been much better at the price. It does offer unique features such as a 108-megapixel primary rear camera, but misses out on 5G connectivity, an in-display fingerprint scanner, faster charging, a 120Hz display, and a newer chipset. If Redmi had included all of these features, the Note 11S would be a no-brainer in its price range.

Next: 5 best gaming phones under $300 with great camera