Home > HUAWEI > After the split of Huawei, Honor phones will once again provide Google apps

Now it is no longer subject to the same restrictions as the former parent company Huawei, and Honor can again include Google apps on its phones. The company revealed that it can pre-install these applications on the new Honor 50 and Honor 50 Pro, both of which are passing Google's security review process.

The company has "the option to have Google Mobile Services (“GMS”) preinstalled on compatible devices, in accordance with Google’s licensing and governance models," Honor told The Verge. “Consumers will be able to experience Honor smartphones and tablets equipped with GMS.”

After Huawei was placed on the US entity list in 2019, it was no longer able to include Google apps and services on devices. That policy covered Honor devices until Huawei sold the brand last year. Google also had to lock out Huawei from receiving Android updates, which meant the phone maker had to switch to an open-source version. Huawei has started rolling out a replacement operating system called HarmonyOS. 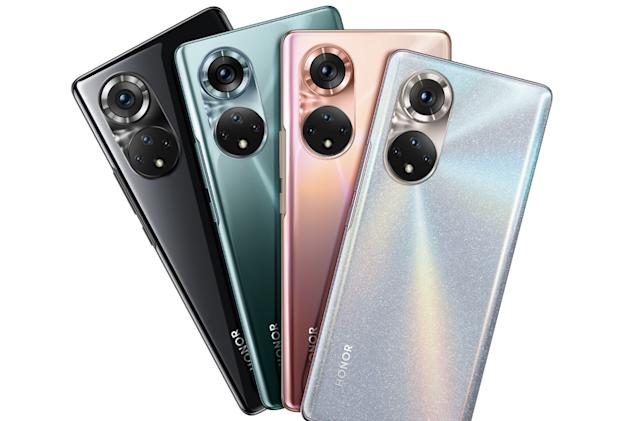 The phones both have a quartet of rear cameras: a 108MP main camera, an 8MP wide-angle camera, a 2MP macro camera and a 2MP depth camera. The Honor 50 has a 32MP front-facing camera, while the Pro model uses both that and a 12MP ultrawide one.

The Honor 50 has a 4,300mAh battery with support for 66W fast charging. The 50 Pro's battery has slightly more capacity at 4,000mAh and you can charge it even faster, at up to 100W. According to Honor, the latter can charge to 90 percent of its capacity in just 20 minutes.

Next: According to reports, Apple will open paid podcast subscriptions on June 15