OPPO officially launched the new F11 Pro Marvel’s Avengers Limited Edition smartphone in what can be considered as a Marvel fan’s dream collector’s item, alongside the grand opening of OPPO’s first ever pop-up store in BGC.

Officially opening its doors, OPPO’s first-ever pop-up store is a must-visit for all. Once you step inside, you’ll be transported into a music-lover’s paradise with its vinyl theme. Guests can play records while checking our OPPO’s latest and most powerful F series to date – the OPPO F11 series. Guests can try for themselves the unique and powerful features of the OPPO F11 Pro, the OPPO F11, and the latest OPPO F11 Pro Marvel’s Avengers Limited Edition smartphone. To also celebrate the launch of this limited edition smartphone, the pop-up store was transformed into a Marvel haven for one night. 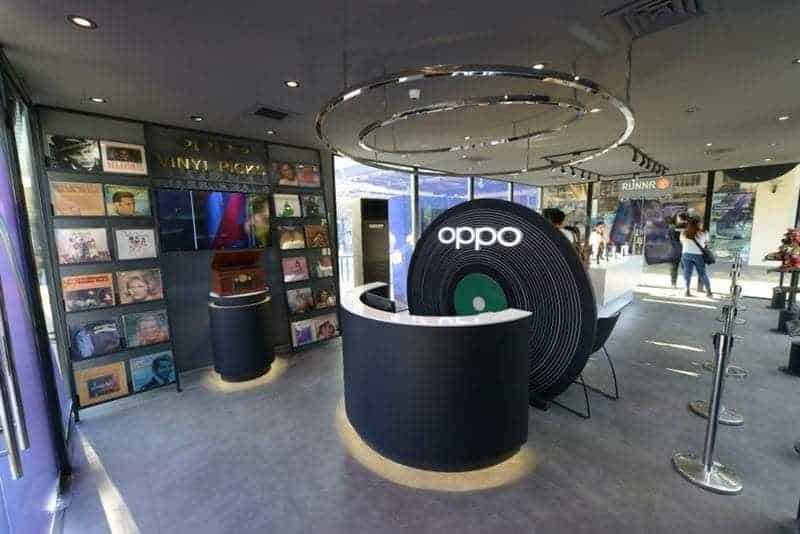 The powerful features of the OPPO F11 Pro Avengers Limited Edition seal the deal. It sports a 48MP low-light rear camera that can take photos with clarity no matter the situation. It also has the VOOC flash charge 3.0 which brings lightning-like charging speed, allowing users to go from 0 to 100% in 80 minutes. Smooth performance is made possible by its upgraded storage of 6GB RAM + 128GB ROM, coupled with OPPO’s full scene, system-level resource scheduling optimization solution, Hyper Boost.

All in all, with the OPPO F11 Pro Avengers Limited Edition, both the appearance and the function can be considered to be the perfect companion for Marvel Studios’ Avengers: Endgame fans. The OPPO F11 Pro Avengers Limited Edition smartphone is priced at PHP19,990 and Filipino Marvel fans can pre-order their own unit starting April 26 in selected OPPO concept stores and Lazada. It will officially be available on Lazada and in 10 concept stores in Manila on May 4, and will arrive in Luzon, Davao, and Cebu later.

Next: These new Nokia mobiles remind us what 'cheap phone' really means