A convicted drugs dealer, who was caught with a £15,000 cannabis crop, carried on regardless with his illegal activities.

Police officers raided Craig Allen’s home on March 2 last year and found he was running a cannabis farm and he was arrested.

He was released under investigation and when police called at his home again in September, after smelling cannabis, they discovered remnants of another crop and bags of the drug.

Liverpool Crown Court heard on Friday, March 4, that the 36-year-old has nine previous convictions including producing cannabis in 2012 and 2018 and possessing it last year before his initial arrest in March.

Jailing him for 28 months the judge, Recorder Simon Killeen said: "You decided that this, over and above whatever legitimate skills you may have, is the business you are going to return to whatever the courts say and however you are dealt with."

Liverpool's courts are some of the busiest in the UK, with a huge variety of cases being heard each week.

To get a behind the scenes look at how they work and the moments that don't make our stories, subscribe to our free weekly Echo Court Files newsletter, written by court reporter Neil Docking.

It's free, easy and takes no time at all. 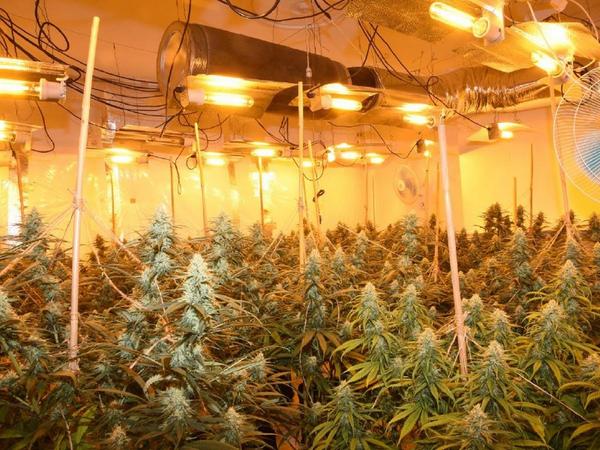 He added: "You need to know that cannabis is a drug which can have devastating affects upon some who take it. But that is not why you are in this business, you are in it to make money."

Recorder Killen said: "This was your small scale business. The second offence occurred during the time you were under investigation."

Allen, of Cook Street, Whiston, pleaded guilty to two offences of possessing cannabis with intent to supply, producing cannabis and the possession of criminal property, £1,990.

Peter Hussey, prosecuting, told the court the first police raid at his home was on March 2 after officers called and smelt cannabis. There was no reply and they were going to get a warrant but then saw him leaving with a bag.

Inside the bag was a large amount of cannabis in smaller bags which had clearly been harvested.

Inside the property they found a dozen cannabis plants growing with a potential yield worth up to £15,000 and in his pocket they found £1,990 cash. He was released pending investigation.

On September 19 police again smelt cannabis emanating from his home and were allowed in by his aunt as Allen was not at home.

Mr Hussey said: "It was clear there had been a cannabis cultivation operation in the bedroom which had been dismantled."

Bags of cannabis were also found ready for distribution and his aunt was asked to contact him to come home which he did and he was arrested. Officers found £100 cash on him.

The court heard that the £1,990 has already been seized by the court and Recorder Killen ordered the £100 should also be confiscated.

Alaric Walmsley, defending, said Allen had been released from his last jail sentence at the beginning of the pandemic lockdown.

Mr Walmsley said: "The impact of coming out of prison having planned to start working again and looking forward to living life on the outside meant he struggled and found it very difficult and he returned to the use of cannabis and supplying cannabis.

“He does regret his actions and is sorry for what he has done. He could be a useful member of society."

Receive newsletters with the latest news, sport and what's on updates from the Liverpool ECHO by signing up here