Unfortunately, this project is not available for download. Still, “CodyCantEatThis Too” has shared two videos. In the first video, he explains how he created this 3D version of The Legend of Zelda. In the second version, he presents 16 minutes of gameplay footage. 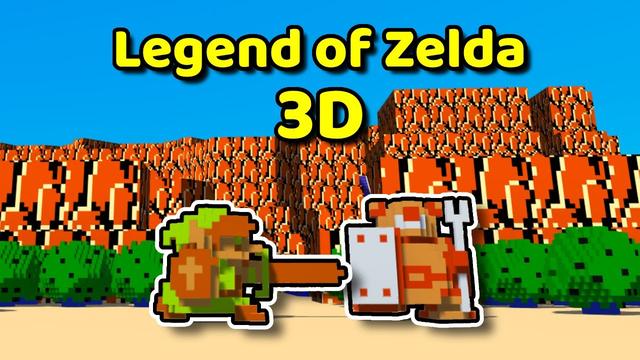 Do note that this isn’t similar to the Mortal Kombat 3D retro remake we shared a while back. Instead of producing pseudo-3D effects, this is an actual 3D retro remake of the NES game. Also, and since this is also a full 3D game, it’s more advanced – and better – than what 3DNes can produce.

To be honest, I’d really love to play such retro remakes of classic NES games. This is a concept that Nintendo should definitely look into. However, I don’t expect the big N to invest its resources in such retro ideas.

Enjoy the videos and stay tuned for more!

John is the founder and Editor in Chief at DSOGaming. He is a PC gaming fan and highly supports the modding and indie communities. Before creating DSOGaming, John worked on numerous gaming websites. While he is a die-hard PC gamer, his gaming roots can be found on consoles. John loved - and still does - the 16-bit consoles, and considers SNES to be one of the best consoles. Still, the PC platform won him over consoles. That was mainly due to 3DFX and its iconic dedicated 3D accelerator graphics card, Voodoo 2. John has also written a higher degree thesis on the "The Evolution of PC graphics cards."Contact: Email

Prev: The highlights of the 2021 science, sci-fi and technology auction year