Every year I make name card holders for the grandchildren’s Christmas table. It makes dinner special as they find their assigned seat and giggle over their individualized placeholders.

A few years ago, I had a grand idea of using snowmen ball ornaments on top of three candy canes, and the loop of the candy cane would hold the name card. My grandson, Riley, is always so excited about holiday decorations, so I asked him if he would like to help make them.

After a visit to Hobby Lobby in search of small candy canes, scouring the lights and decorations and a stop for lunch, we went home to create!

We found a photo on the Internet of a similar idea and started unwrapping candy canes. I thought it would be awesome. Riley was skeptical.

It didn’t take long to realize that Elmer’s glue on candy canes creates something like peppermint slime. Who knew candy canes and glue don’t mix? My mind quickly began thinking of what I had in the house to improvise and save this disaster. What will look like a snowman? What will not melt with glue? What will make me look a little less like a loser in the eyes of my grandson? 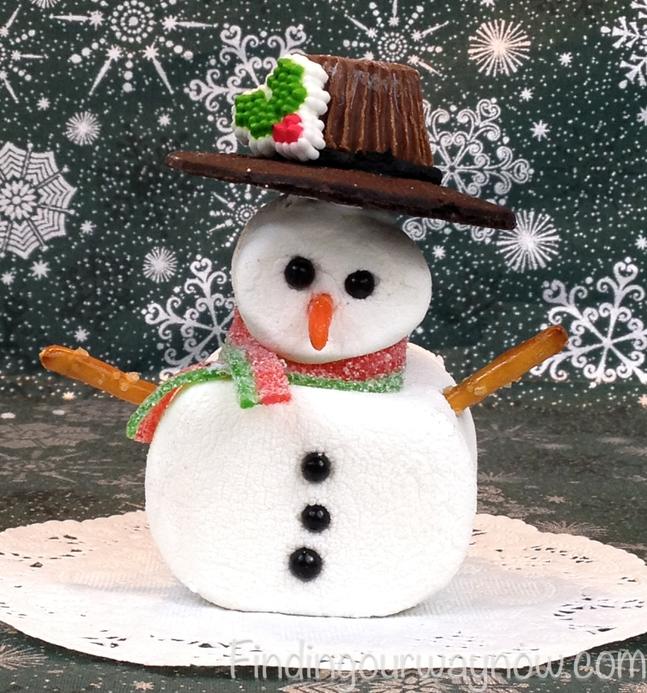 I thought it would be awesome. Riley, who by now had eaten enough candy canes to have rosy cheeks and watery eyes from a little too much peppermint, was still skeptical.

By the end of the afternoon, we had used toothpicks and glue to attach the bodies, stood them on a base of red and green felt, given them ribbon scarves and added buttons. It wasn’t until I broke a toothpick in half and pushed arms in the first little puffy man that I saw Riley smile.

Once again I had received a lesson in acceptance. My idea of the perfect card holder failed. It took a little flexibility to improvise a new concept. They were not perfect, but by the time Christmas dinner was ready the marshmallows were hard as stone. The snowmen stood strong with the name tags sitting in front of their fat bellies. My grandchildren laughed and compared who had the funniest snowman.

I have since made gnomes out of old makeup containers, painted pinecones and this year will be small, shiny red and green bells that will be shaken and rang to the point of irritation for all the adults.