This month many Android smartphones owners have been greeted with a new software update delivering the latest Android 5.0.1 Lollipop update to their devices, but the original HTC One (M7) has been left out of the fun. We’ve seen Android 5.0 Lollipop updates arrive for the Galaxy S5, HTC One M8, LG G3 and more, and now we have good news for those with the original HTC One (M7) from 2013.

Last month HTC admitted that they wouldn’t meet their initial goal of rolling out Android 5.0 Lollipop to all owners within 90 days of the Lollipop release date, which was February 3rd. Then a few days later the Sprint HTC One (M7) Android 5.0.1 Lollipop update started, and more are coming soon.

Back in November HTC confirmed many of its popular and most recent Android smartphones would receive an upgrade to the latest Android 5.0 Lollipop update, and now it’s finally starting to be released for multiple users. The One M8 is getting Android 5.0 in multiple regions, including Canada, and more recently the HTC One M8 carrier versions have started to receive it too.

So what about the original HTC One (M7) from 2013? It’s still running Android 4.4 KitKat unless you’re using a developer edition or the Google Play Edition handset, and those with an HTC One M7 from T-Mobile, AT&T and other US carriers have been left out in the cold with no new details, until today. 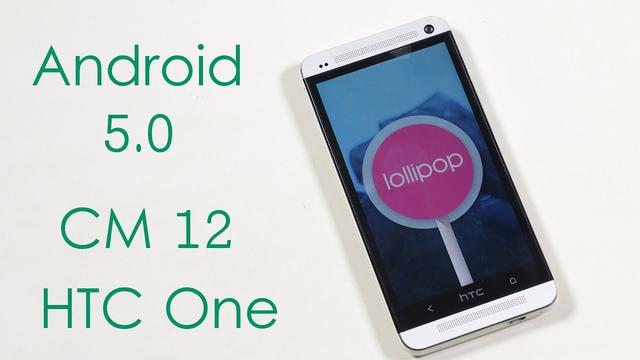 HTC is very good at pushing out updates in a timely fashion, and they’ve continued to improve on releasing quick updates, as well as letting users know when they can expect them to arrive. Senior VP of product marketing Mo Versi on Twitter is one of those keeping users informed, and today he confirmed when the T-Mobile HTC One (M7) Android 5.0 Lollipop update could arrive.

@CUBANO66 Hi Elvis, end of the month is our target. Will advise once closer. Thanks.

When asked about the original HTC One (M7) and when it could receive some new software updates like its newer HTC One M8 brother, Mo confirmed the T-Mobile HTC One (M7) is expected to get Android 5.0.1 Lollipop before the end of February.

This is a target date, and not an actual release date, but now that HTC is currently rolling out updates to multiple HTC One M8 units in the United States, the original from 2013 is up next. We could see the update arrive for AT&T or Sprint ahead of the T-Mobile date mentioned above, but this is the first solid date we’ve received thus far.

Google’s Material Design user interface guidelines have been elegantly blended into HTC Sense UI 6.0, which will be on board with the Android 5.0 update once it arrives for everyone. We’ve already seen plenty of this one the HTC One M8, and a new Sense UI 7 will be revealed with the HTC One M9 on March 1st. Which means the original HTC One could see Sense 7 next month also, but we’ll have to wait and see.

For now this is all we have to go on. HTC is currently busy pushing out updates to its most recent smartphone, the HTC One M8, as well as preparing for the release of the new HTC One M9 on March 1st, but owners of the original don’t need to worry, because a software update is in the works and could start rolling out before the end of the month.

Next: Vivo smartphone with a flying camera drone concept renders surface online; here’s how it could look