Umar Sharif, a well-known Pakistani comedian, has been struggling for his life in Germany for the past few days. In an unexpected turn of events, he died today, shocking fans all across the world.

The actor, who began his career as a stand-up comedian at the age of 14, has appeared in over 60 stage comedies and various television shows, as well as producing, directing, and acting in two major films. 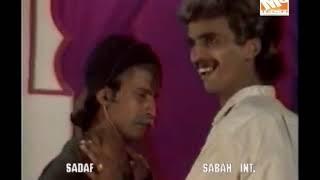 Along with these, one play he was prominently known for is ‘Buddha Ghar Par Hai’.

For the uninitiated, According to a report by Dawn.com, Umar Sharif was sent to a hospital in the United States for treatment on September 28. However, his condition deteriorated during the flight, and he was admitted to a hospital during a layover in Germany.

The renowned actor's poor condition became a cause of national concern after he made a video request to Prime Minister Imran Khan for assistance in securing a visa to fly overseas for medical treatment.

During the 1980s and 1990s, Sharif grew to prominence in India and Pakistan as a comedian, actor, director, producer, and stage artist. He also made multiple trips to India to attend award ceremonies and exhibitions.