Open-back models generally offer more open, airy sound, but they also leak sound, which makes them less than ideal for use in the presence of other people.

The PM-3 is a good looking headphone. It's sturdily built, has an all-metal headband and hinges, and comes in white or black. It's also a comfortable headphone, though it's a tad heavy at 320 grams and does fit a little snugly (it offers good noise isolation). So I wouldn't describe it as ultracomfortable.

It's much easier to drive than your typical planar magnetic headphone and will work just fine with your mobile phone, playing with ample volume (it has a sensitivity of 102 dB). The newAudeze EL-8 ($700) also works with smartphones -- and so does theHiFiMan HE-400i($500) -- but the majority of planar magnetic headphones can't play all that loud plugged into puny, battery-powered devices (as opposed to home stereos). 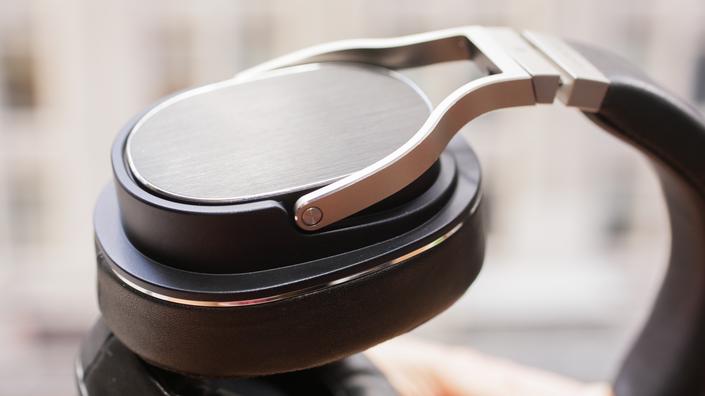 The headphone comes with a 3-meter cable that terminates in a 3.5mm plug, a nice protective carrying case finished in denim, and a screw-on 6.35mm adapter for home stereos. If you order the headphones through Oppo's website, you can select a bonus cable (for free) that has an integrated remote and microphone. One cable is designed for use with Android devices while a second version is geared to ones that use Apple iOS.

The PM-3 is one of those headphones that makes well-recorded tracks sound even better than you thought they could. It sounds rich but delivers plenty of detail, offering very refined sound. It's fuller in the bass and sweeter in the treble than just strictly neutral, which makes it warmer and smoother than the Audio-Technica ATH-MSR7, a brighter headphone by comparison. That said, this is a revealing headphone, so if you feed it poorly recorded material, it's going to make that material sound even worse.

The PM-3's sound really comes alive with high-res music. Listening to high-res 192/24-bit files on aSony Walkman NWZ-A17music player, the sound was clearer, plus it had more body and dimensionality than theNAD Viso HP50 .

Moving back to standard-resolution lossless files, we compared the PM-3 with aSony MDR-1Rheadphone while listening to Los Lobos' "Kiko and the Lavender Moon." Again, we heard the PM-3's sound pull ahead in terms of solidity and body.

The new Sony MDR-1A has more clarity (than the MDR-1R), but the PM-3 is slightly fuller and more open sounding than that headphone. But it's also less forgiving, so you're going to get your best results withjazz, classical and pop. While it sounds good with rock, hip-hop and techno, you probably wouldn't buy this headphone if those are the main genres of music that you listen to.

The last comparison we did was with the HiFiMan HE-400i. While that's an open-back planar magnetic model that's significantly larger, the two headphones have comparable sound profiles and also sound somewhat similar. Despite being closed-back, the Oppo manages to measure up well to the HiFiMan in terms of openness. They're both really good headphones, but the Oppo would clearly be the better choice for mobile use.

The Oppo PM-3 is an impressive headphone -- both in terms of build and sound quality -- although how impressive you think it is will depend on what music you feed it and from what source. It's not as comfortable or versatile as the Sony MDR-1A, which does a better job smoothing out everything you throw at it.The PM-3's sound is a bit riskier, revealing flaws but also making well-recorded tracks sound better than you thought they could.