Xiaomi is gearing up for the Redmi Note 10S launch in India. The budget Redmi smartphone will launch in India on May 13. Ahead of the launch, the company has dropped a new teaser. The latest teaser confirms the device’s colour options in India. The budget phone will come in three colour options. These include Midnight Blue, Shadow Black, and White. The device has already launched in International markets and is likely to come with the same specs to India. It features a MediaTek Helio G95 SoC and a 5000 mAh battery. Let’s take a look at the Redmi Note 10S India launch, specifications, and other details.

Xiaomi has confirmed the colour options of the upcoming Redmi Note 10S. The device launches in India on May 13. 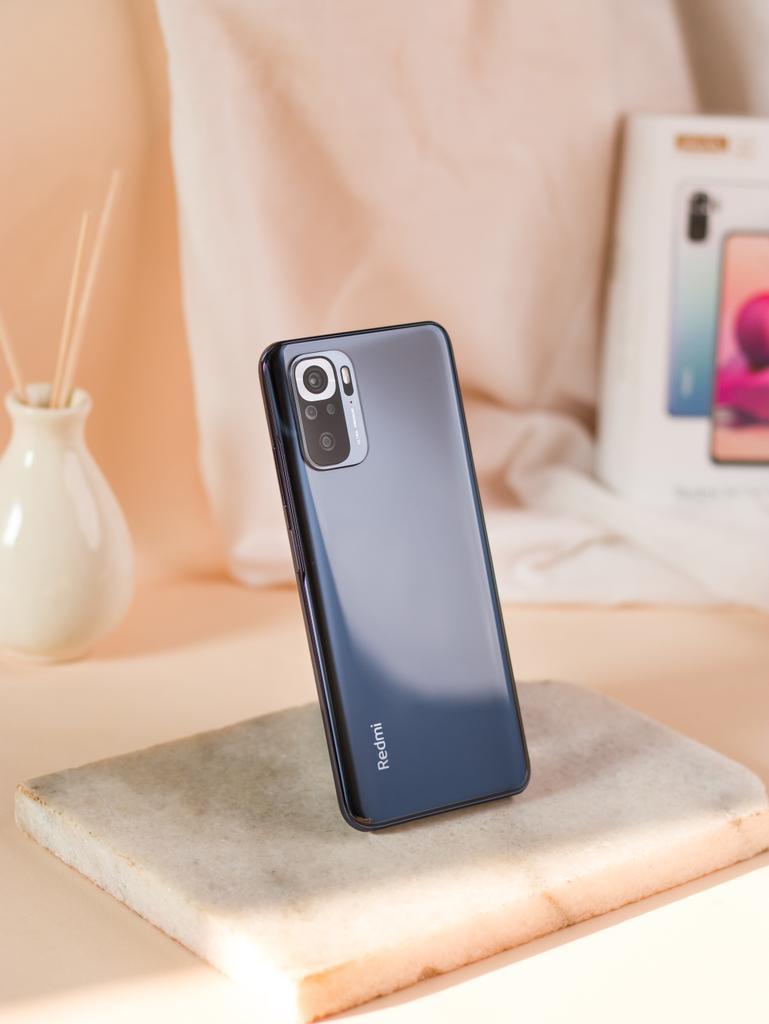 The upcoming Redmi phone will launch in three colour options. These include White, Shadow Black, and Midnight Blue. The images further confirm that the India variant of the Note 10S will feature a quad-camera setup on the back.

The device has already launched in Europe and we expect it to come packed with the same specs in India.

The Note 10S sports a 6.43-inch AMOLED display. It has a hole-punch cutout for the 13MP front camera sensor. The device has a quad-camera setup on the back. The rectangular camera block houses a 64MP primary camera and an 8MP ultrawide. Lastly, the device has two 2MP sensors for depth and macro.

The phone draws power from a MediaTek Helio G95 SoC under the hood. It is likely to come with up to 8GB of RAM and 128GB of internal storage. The device also packs a 5,000mAh battery with 33W fast charging support. The India variant runs Android 11-based MIUI 12.5 out of the box. It is also IP53-certified for splash resistance.

What are your thoughts on the upcoming Redmi smartphone? Do let us know in the comments below.