NFT marketplace Magic Eden has rapidly surged to the top of the Solana pack, becoming the dominant player in the space much like OpenSea has done on Ethereum. Now the project aims to expand and evolve, today announcing plans to create a DAO and airdrop NFT membership passes to existing users.

Magic Eden will launch MagicDAO, a DAO designed to further development on the platform, provide benefits to supporters (including exclusive event access), and expand the project’s ecosystem over time. DAOs have recently become a popular way to organize online communities, often governed by their own cryptocurrencies or tokens, and work toward a common goal.

Beginning today, Magic Eden will airdrop between 25,000 and 30,000 Magic Ticket NFTs to existing users of the marketplace. Each ticket will work like a membership pass for the DAO community, including access to a gated channel on Magic Eden’s Discord server.

Users who qualify for the airdrop will be distributed a unique NFT collectible based on which group they fall into, and Magic Eden said that it will prioritize giving the NFTs to still-active users who have transacted on the marketplace within the last month. 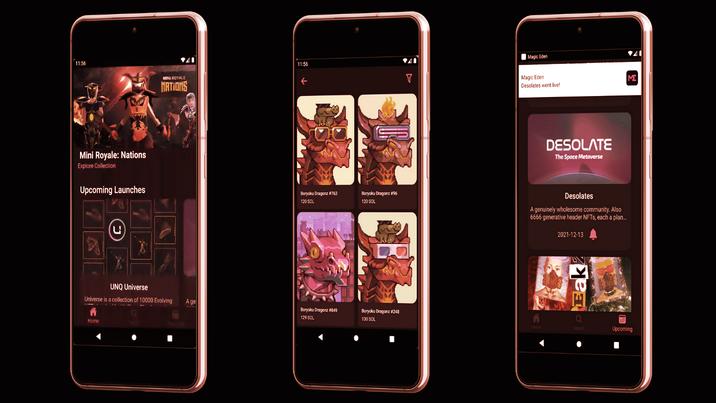 Additionally, Magic Eden will require users to link an email address and Discord account to their marketplace profile, which is associated with a Solana wallet. That way, per the announcement, the project will “ensure that the Magic Ticket is going to real people who enjoy transacting on Magic Eden.”

At this point, the Magic Ticket NFTs will not act as a governance token for all users. Magic Eden team members and community leaders will handle governance for the project, although the process could change over time. Additional Magic Tickets may also be released in the future.

Initially, MagicDAO will let members vote on which NFT projects to feature on the marketplace’s homepage, participate in a hacker challenge to create marketplace tools, and have exclusive perks for the NFT LA event in Los Angeles in late March. Community members can also provide guidance on how the DAO’s treasury funds should be spent and invested.

An NFT serves as a blockchain-backed receipt for a unique digital item, and can represent things such as images and video-based collectibles. NFTs can also have utility, for example, serving as access passes to both digital places and real-world events.

Solana’s NFT scene picked up steam last fall, and Magic Eden quickly shot to the top of the pack of marketplaces soon after its launch. According to data from DappRadar, the marketplace has processed some $475 million worth of trading volume over the last 30 days, with some 230,000 users during that span. The next-highest Solana platform is Solanart with $29 million and about 65,000 users.

Magic Eden’s backers include Coinbase Ventures, Solana Ventures, and Alameda Ventures. The marketplace has teased a Series A funding announcement on the horizon, as well.

On Saturday, Magic Eden announced the relaunch of its Launchpad service, which sees the marketplace work directly with creators to market and launch NFT drops.

The revised model requires creators to “privately dox” or identify themselves to Magic Eden’s team, in an effort to avoid future situations in which creators scam NFT buyers (a.k.a. “rug pulls”). Recent projects Baloonsville and King of Chess were both deemed scams on the platform, leading Magic Eden to refund buyers and rethink its approach.

Editor's note: Magic Eden has clarified that it now expects to only airdrop up to 30,000 NFTs, not 50,000. This article has been updated to note the new expected total.

The best of Decrypt straight to your inbox.

Prev: Oppo A12 Gets Price Cut on 3GB Variant; Find Specs and Price in Nepal.

Next: Pay freeze for SBLs and senior teachers and in England set to continue