I love stereoscopic 3D, but unfortunately, the onslaught of fake “3D” movies that polluted cinema screens (and home video libraries) have served to jeopardise its position in the market. Even incorporating disingenuous “2D to 3D” functions on TVs is harmful because it gives ignorant people the wrong impression about what stereoscopic 3D actually is, and people come to dismiss it without understanding its purpose and how it functions. 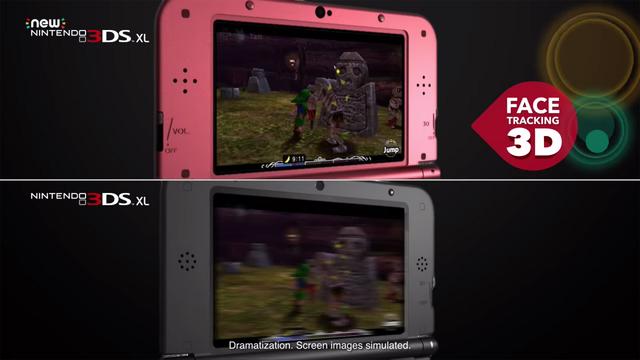 I have always loved 3D (when done properly) be that in gaming or in film. Some inexperienced developers have produced crap “3D” (in which case, they should not have supported it at all), but in the overwhelming majority of cases, it’s been great. Not having a stereoscopic 3D Pokemon game still irks me, especially as they could have made the feature exclusive to New 3DS models, but… nope. I am also irate about Nintendo/Intelligent Systems neglecting to incorporate the slightly more advanced tech of the New 3DS to dispel of the frame rate issues that are littered through the Fire Emblem games. I feel like the New 3DS XL was a wasted investment. I don’t particularly mind the lack of exclusives, but damn it, they won’t even use it to iron out performance issues.

I’ve been quite annoyed with Nintendo for having released some 3DS exclusives/ports since the release of the Switch without also porting them to their current console due to the fact that many of these games contained no stereoscopic 3D support, nor have they made significant use of the 3DS’s other distinctions (being the camera/microphone/second screen), leaving them with no reason whatsoever to languish on a dying platform. New Style Boutique 3 would have been a great way to lure casual players to the platform right off the bat (the two games prior had stereoscopic 3D while this inexplicably didn’t), and having Hey! Pikmin, Kirby Battle Royale, and Kirby Extra Epic Yarn would have helped to pad out the Switch library during the slower months, whilst also giving Nintendo IP greater visibility on the platform. Even titles like Metroid: Samus Returns would have been nice to have, in stereoscopic 3D on 3DS and in HD (with HD rumble) on Switch, and it could have helped tide fans over until the much-rumoured port of Metroid Prime Trilogy and the upcoming sequel.

Next: The best racing games for the PS4