As the name suggests, the film is set in the year 2024 and showcases the life of four youngsters who grew up in an orphanage in Dharavi. It highlights the struggles of these youngsters surviving in a dystopian environment caused by a mutating virus. At the end, it leaves the viewers to reflect on the lessons the pandemic has taught them.

For a smartphone camera to take on such a heavy duty task and to deliver it with exceptional quality is no mean feat. It bears testimony to the fact that the OnePlus 9 Pro 5G smartphone not only packs powerful camera numbers and features but also highlights how well it works.

The OnePlus 9 Pro of course is one of the best phones in the world. The phone comes with a quad camera unit on the back which is led by a 48 megapixel Sony IMX789 main sensor with dual native ISO and omnidirectional PDAF, and delivers precise colours and extraordinary details. The main sensor is paired with a 50 megapixel ultra wide Sony IMX766 sensor which allows users to capture a much wider view, without compromising on detail. Then there is an 8 megapixel telephoto sensor with 3.3x optical zoom with PDAF and OIS which lets you zoom in on your subject without cutting quality corners, and a 2 megapixel monochrome sensor to offer an authentic black and white view and not a filtered one. 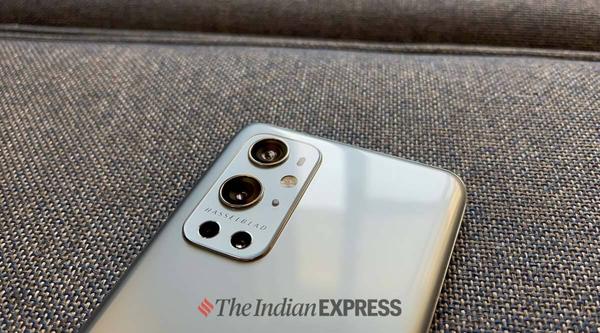 Backing all these impressive numbers and features is the Hasselblad partnership which brings the iconic Hasselblad-level colour calibration to a smartphone for the first time. This means that the image and video results will come with highly accurate and real-looking colours, something which is an absolute need for any filmmaker. To facilitate more control over your footage and images, the phone also comes with a Hasselblad Pro Mode built right into camera app of the phone (you would not have to install or even switch to another app) to get DSLR-like controls on your phone camera. These controls allow you to change settings like ISO, shutter speed, focus, white balance amongst other things, giving you complete control over your photography sessions.

The OnePlus 9 Pro 5G is also a filmmakers’ dream smartphone. High-quality video footage which can match even the most professional cameras is just a click away on the OnePlus 9 Pro 5G. The phone offers the options to shoot video footage in 8K video at 30fps, 4K video at 30/60/120 fps and 1080 video at 30/60 fps and even 4k HDR video. If you wish to speed things up, you can capture time-lapse videos in 4K at 30fps and 1080p at 30fps and if you would like to make things go slow, you can simply switch to super slow motion on the phone and capture 1080p video at 240fps and 720p video at 480 fps.

What also makes the OnePlus 9 Pro 5G a filmmakers’ best friend is the tall, beautiful 6.7 inch fluid AMOLED display with 3216 x 1440 resolution which is ideal to not only view videos and footage but also to edit them if needed. This is paired with stereo speakers that give you an immersive sound experience, allowing you to view the footage in all its glory. The phone runs on a Qualcomm Snapdragon 888 processor, a flagship level chipset that makes sure all you get through the most heavy duty video editing sessions without even the slightest bit of trouble. The OnePlus 9 Pro 5G is backed by a 4,500 mAh battery which can easily see you through a day of heavy work and can also be completely charged under an hour, both wired and wirelessly, thanks to OnePlus’ famous Warp charge. The phone is sleek andlight but comes with Gorilla Glass protection and dust and water resistance, making it not only easy to use for hours but also extremely resistant to drops and scratches. It is like a studio in your pocket.

Considering all this, it does not come as a surprise that the OnePlus 9 Pro 5G was used to shoot an entire feature film. According to Vikramaditya Motwane, Director, Andolan Films, and a filmmaker who has been associated with films like Dev D, Udaan and Lootera, picking the OnePlus 9 Pro to shoot the film was an easy decision. “As a filmmaker, I have always been interested in using the latest technology and this film is a story where the use of the new OnePlus device fits beautifully,” he said.

Navnit Nakra, India CEO and Head of Indian Region, OnePlus India also feels that this collaboration will highlight the ability of OnePlus 9 Pro 5G’s cameras. “With the feature film being entirely shot on our flagship OnePlus 9 Pro 5G, we are delighted to showcase the exceptional camera quality of our flagship devices that offers more accurate colours and premium image quality to users,” he said. The film also marks a new chapter in the “Shot on OnePlus” initiative from the brand. “Shot on OnePlus” has been one of the most successful photography and videography initiatives that we undertook. And it continues to hold a very special place in the hearts of our community.,” said Nakra. “We are truly delighted to have partnered with Vikramaditya Motwane for this unique project. Mr Motwane’s creative vision and cinematic excellence not only garners immense industry recognition, but also serves as a source of inspiration for us at OnePlus and truly resonates with our brand’s Never Settle spirit. We hope this also inspires our community to push their own creative boundaries enabled by their OnePlus devices”

With the OnePlus 9 Pro 5G upping not only professional photography but also the videography game in the market, it just gives filmmakers an opportunity to Never Settle for routine camera equipment. The feature film ‘2024’ will be released on November 23 2021 on Disney Hotstar Indian. Its official teaser is out and can be viewed here.

Next: OnePlus turns eight and brings discounts, deals and offers for its community!