Call of Duty: Warzone fans want the devs to increase the size of their blocked players list as hackers continue to run riot.

When it comes to dealing with Hackers in Warzone, some players have found a few different ways to get their own back.

Many will go through the usual channels of reporting them and hoping they get caught up in a ban wave, while many others turn the tables on them by using riot shields and stun grenades.

Players also have the option to block and ignore and recent players too, meaning they can’t come across certain accounts in a match again. However, that option is a bit limited in its current state. 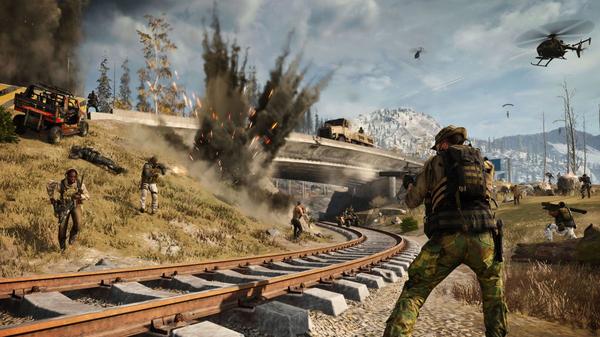 As it stands, Warzone players are only able to block and ignore around 200 accounts before their lists are filled up, and they want that expanded.

Millions of people play this game. Why can we only block 200 ppl or whatever it is?” asked Redditor CapitolJay85. “I’m so sick of wasting 30 mins just to get killed in/near the final circle by someone cheating. But alas, I cannot block them without removing other people.”

Some players quickly jumped in with their support of increasing the list, noting that they’ve had to wipe their list clean before just to keep up with the number of hackers they’ve faced.

One player suggested that any permanently banned accounts that you have on your blocked list should be automatically removed, just to open a space up.

Some Warzone fans noted that the limit is likely related to the game’s server memory, and increasing it could cost a fair bit for Activision.

Regardless, players are hoping that once the Ricochet anti-cheat goes live in the coming weeks, that’ll be the answer to their prayers. Though, we’ll just have to wait and see.