You won't have much time to get your game on.

WithYu-Gi-Oh! Master Duel,Konami wanted to create a digital platform for the card game that would appeal to casual and competitive players from all corners of theYu-Gi-Oh!fandom.

In doing so,Master Duelhas a Solo Mode and the ability to form Duel rooms that allow players to enjoy curated or customized experiences whenever they want. Most of the players that will stick around beyond a few weeks are focusing on the game’s Ranked Duel mode, however.

Ranked Duel is the featured game mode inMaster Dueland allows players to match up and duel other players around the world. Matchmaking is based on ranks, with duelists being more likely to match up with other players who are closer to their own rank.

Ranked Duel features five individual ranks, with each rank also having tiers within them that players will need to climb in order to reach higher ranks. Here is a breakdown of the ranked ladder, with Tier One being the top of each rank. 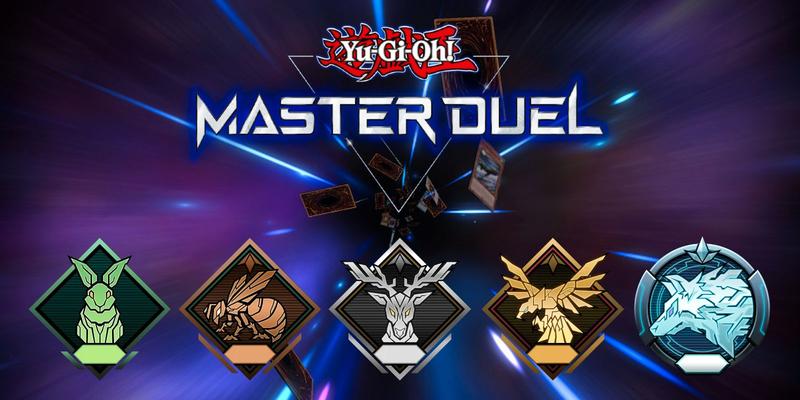 Players will rank up after winning a set number of Standard Duels, the basic format used for Ranked Duel. The more you win in a row, the easier it is to climb to higher tiers and eventually reach Platinum.

Losing too many games in a row will result in a demotion, lowering your tier or rank depending on your position in the rankings. The only area where players are safe from demotion is in Rookie, where players can rank up even after losing games since it is where all duelists start.

Just like with most live-service games,Master Duel’sranked mode will be split up into seasons. This will put a time limit on how long players have to climb the ranks and earn rewards. And, once a season ends, ranks will be reset.

Based on season one, Konami plans to keep ranked seasons short, with the opening season currently is only set to last until Jan. 31. If that holds up, players will need to consistently be on top of their performance in Ranked Duels and quickly learn the ins and outs of each evolving meta.

This does not have any bearing on the Duel Pass’ duration, meaning the two pieces of content are being maintained independently.

Ranked rewards will likely change every season, but players will earn something every time they reach a new tier or rank for the first time.

For reaching Rookie Tier One, the first rank-up possible in Ranked Duel, players will earn 300 Gems. After that, each rank-up will give players 200 Gems, and each time they reach a new tier they will get 100 Gems.

There is currently no bigger reward for reaching a certain rank, but Konami might update that later or give out additional rewards once each season ends.

Next: How to unlock cards in Yu-Gi-Oh Master Duel