Android Circuit is here to remind you of a few of the many things that have happened around Android in the last week (and you can find the weekly Apple news digest here).

Cameras And Pens Prepare To Be Folded

Next up after the S22 family in the Samsung Galaxy stakes, will be the Galaxy Flip Z and Fold Z devices. Details on the Z Fold 4 leaked this week, with a new camera array on show as well as the inclusion of a slot for Samsung’s S-Pen stylus:

"Tipster Waqar Khan (@WaqarKhanHD) has published more high-resolution concept images of what could be the Galaxy Z Fold 4. If this is the final design of Samsung’s upcoming foldable phone, the company seems to have used a rear-facing camera design similar to the recently-released Galaxy S22 Ultra. There’s no camera island, and all the camera sensors protrude individually from the body."

Meanwhile, there’s an utterly wild patent filed by Samsung for a foldable screen that wraps around half of a smartphone chassis. Picked up by the team at Let’s Go Digital - and with the caveat that a patent does not guarantee a public release - the patent shows a device with a screen display that looks positive Tetris’ian:

“...the display at the top left continues to the rear. If you turn the phone over, it becomes visible that the screen surface extends to directly next to the vertical camera system. However, it is not a regular dual display phone , as has been released by various manufacturers in the past. This advanced Samsung smartphone has a flexible screen, so it is possible to involve the screen surface that is standard at the rear with the front. When unfolded, the device has a P-shape in mirror image."

While the majority of marquee manufacturers headed up the portfolio to the premium market, HMD Global’s MWC focused on the lower end devices, notably the C2 and C21 Plus handsets. And there’s a good reason for that… HMD Global is side-stepping the flagship races. Rita El Khoury reports:

In our chat with him, Adam Ferguson, HMD’s Head of Product Marketing, Global, told us in no uncertain terms, “Making an $800 phone doesn’t make sense for us at the moment.” This is an outright admission from HMD that it’s no longer interested in chasing the flagship crowd, a suspicion we’ve all had for a long time. As a matter of fact, Adam added that HMD doesn’t “want to get involved in a massive spec war with other players” and would rather “stand for something very different.” 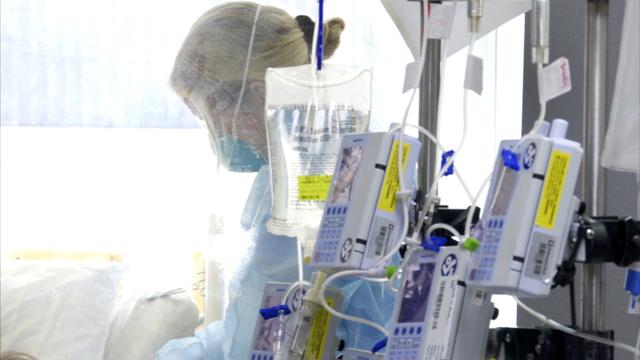 Launched this week, the RealMe 9 5G and the RealMe 9 5G SE (where SE is ‘speed edition’) with 5G connectivity, fast refreshing screens (90Hz on the former and 144 Hz on the later) and 5000 mAh batteries. Prices start at $199 for the regular variant and $229 for the SE version:

"Realme has just launched the latest members of its 9 series of mid-range smartphones. They consist of the 5G-enabled vanilla model and its SE variant. In this case, the acronym refers to the fact that it has the better refresh (and charging) rate of the two. They both also have different processors, albeit similar specs otherwise."

While there’s no sign that Nothing will be launching a smartphone (beyond one very well lit sneaky picture taken at MWC), everyone is expecting Carl Pei’s start-up to do just that in the near future. This week the company confirmed an event for the end of March where it will talk about its 2022 roadmap, as well as a $70 million round of funding in a Series B round:

“With this round of financing, we have the fuel to realise the next phase of our vision of a seamless digital future,” Pei said in an announcement. “I’m grateful for the support from our community and investors. Our first year was a warmup, and we can’t wait to reveal what we’re building at Nothing during the upcoming event.”

Google also announced a key detail around Android 12L, namely the three manufacturers that would be debuting the new version of Google’s mobile operating system focused on larger screened devices:

"Lenovo is the first, and should not come as a surprise given the Lenovo P12 Tablet is one of the large-screened devices that runs the current beta of Android 12L. As one of the largest Android manufactures, Samsung is in the mix as well. The various Galaxy Tab tablets will no doubt be included here… Finally there’s Microsoft. Given Redmond has just one family of Android devices, this has to be the Surface Duo and Surface Duo 2."

There are more details this week on the smartphone side of Google’s mobile team, with details on the Pixel 6a showing up on the ever popular benchmarking tools. The good news is that the same Tensor Mobile chips that powered the Pixel 6 and 6 Pro are present in a handset that is presumably aimed at the same $350 market as the previous Pixel ‘a’ models:

"While there's no guarantee that the information is accurate, the chip data registered as part of the benchmark, such as the type and arrangement of the chip's eight cores and its GPU, matches up with that seen on the Google Pixel 6 and Pixel 6 Pro, the two phones that introduced the Tensor chip. "

The smartphone industry keeps chasing after thinner and thinner products in each product cycle. Chaim Gartenberg argues it’s getting to the point where the compromises needed are too high:

"These past few weeks saw some of the latest victims of the seemingly unending drive towards making our devices as thin as possible, no matter the consequences…. It seems that despite over a decade of chasing the thinnest, lightest phones and computers around to the detriment of battery life, cooling, and durability, companies still haven’t learned their lessons."

Android Circuit rounds up the news from the Android world every weekend here on Forbes. Don’t forget to follow me so you don’t miss any coverage in the future, and of course read the sister column in Apple Loop! Last week’s Android Circuit can be found here, and if you have any news and links you’d like to see featured in Android Circuit, get in touch!

Next: How to Root the HTC One M8