News of West Warwick High School hockey player Matt Dennison's death has touched not only the Rhode Island hockey community, but the community at large.

On Saturday, the Boston Bruins posted a video to honor the late hockey captain.

The 25-second clip shows Bruins star Patrice Bergeron carrying a Bruins sweater with Dennison's name and number on it, and hanging it behind the Bruins bench. Boston was set to host the Arizona Coyotes at TD Garden at 7 p.m. 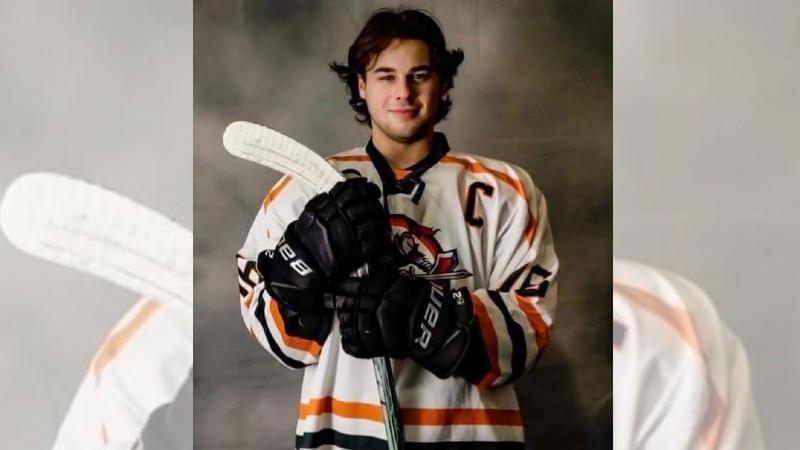 Dennison died on Thursday from injuries he suffered in a Feb. 12 car crash. He was the passenger in a car driven by his teammate and friend —on their way to watch a hockey game in West Warwick — when their car was struck by an alleged drunk driver in Exeter.

Newport firefighter Alexander Krajewski, 30, of North Kingstown was the driver of the other car. He was arrested and charged with a DUI and driving to endanger. He has been free on $10,000 surety bail since Feb. 14, and is due in District Court, South Kingstown, on Wednesday for a bail review hearing. The case will be reviewed on May 20 before proceeding in Superior Court.

Photos:Moment of silence for Matt Dennison at Schneider Arena

Dennison was a star player on the West Warwick/Exeter-West Greenwich co-op hockey team. On Friday night, before Game 2 of the boys hockey state championship series, a moment of silence was held to honor Dennison. Bishop Hendricken, which won the championship, and includes several players who knew Dennison from youth hockey, dedicated their victory to him.

Next: www.androidpolice.com Realme 9i review: Capable... with an asterisk