Besides,BSNL is also planning to offer cheaper data than Reliance Jio: as per reports coming in, data offered by BSNL would be atleast Rs 2-4 cheaper than what Jio is offering.

These plans would be launched from January, 2017, and telecom circle in India is right now abuzz with the possibilities.

This proves that BSNL is keeping a tab on the pulse of the market, and is not accepting Jio’s unchallenged dominance.

BSNL chairman and managing director Anupam Shrivastava said, “We are closely observing the market as well as Jio’s performance. We will also come up with lifetime free-voice plans from the new year as part of fresh offerings,”

BSNL has devised the plans in such a manner that their customers can now pay less than Rs 149 per month, which is the entry level plan for Jio customers on 4G network.

By unveiling such dirt cheap plans, that too for 2G and 3G customers, BSNL has directly challenged Jio’s much hyped low cost free voice calls plans, and is all set to attract a new set of customers who are still years away from 4G network.

There is a catch in BSNL’s newest salvo, though; and strategy wise, it is a master-stroke. 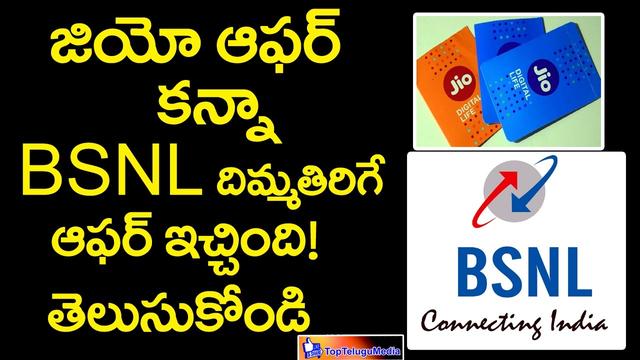 The new free lifetime voice calls and cheap data would be rolled out only for those customers who have installed BSNL’s broadband services at home; and the free voice calls would be routed via home broadband connection and used for providing free mobile calls.

Earlier this month, BSNL has offered unlimited broadband at Rs 249 per month, and this new plan perfectly compliments the previous offer.

Hence, the free calls would be data based, almost like VoLTE based free voice calls which Jio offers.

But how can BSNL offer consistent voice calls, supported by 2G network is the question, which no one has any answer.

I have been using BSNL’s broadband connection for the last few weeks, and based on the experience of data speed and connectivity, it is clear that a lot needs to be achieved.

Based on phone lines, the connection suddenly disappears when there is a storm or high winds or rain, and it is restored only when the wind stops.

Speed is more or less in the range of 1-2 Mbps, although the plan promises 4 Mbps speed, and as per the technician who had come to install the broadband, 1-2 Mbps is ‘realistic expectations’ from BSNL, under the current infrastructure.

Right now, a heavily funded ‘startup’ like Jio is not able to provide a seamless experience for their users as 10 crore calls are dropped daily on its network.

The customer is not concerned whether it’s a telecom war or a technical issue: the service being experienced is bad. No matter if the calls are free; if the customer is not able to even talk, then what is the use of such free and cheap offers.

Having said that, it is indeed doubtful how BSNL is going to keep up the promises, and deliver seamless connectivity on the backbone of their crumbling network.

Earth shattering promises should be backed by a even better infrastructure and a mechanism to deliver those promises.

If you are a BSNL broadband user, then do share your feedback and views on their newest promise to deliver free voice calls, by commenting right here.