DULUTH — The city's tradition of hosting a Memorial Day parade will not be broken.

Veterans' advocates, city administration members and Duluth City Councilors Arik Forsman and Janet Kennedy hammered out an agreement Friday that should ensure the event, which dates back to the 1870s, will continue, even though there had been momentary talk of moving it to a neighboring community.

Organizers had expressed frustration with the city of Duluth's plans to increase the fees it charges to host the event to cover traffic control, parking enforcement and other costs. In years past, the city has charged $400, but it proposed to boost that to fee to $1,500, with an eye toward raising the cost incrementally in subsequent years to $4,000 to cover the city's true costs.

Capt. John Marshall, a combat veteran who saw action during the Gulf War, said he and others in his circle felt disrespected by the city's growing charge for hosting the event.

"The city has abandoned us. That's exactly what they've done," he told the News Tribune earlier this month. Marshall said neighboring communities, including Hermantown, Rice Lake and Proctor had all offered to host the event at no charge, and indicated parade organizers were seriously considering whether to pick up stakes and relocate.

But under the terms of an agreement struck Friday, the city of Duluth will not appreciably increase the fee it charges to host the parade.

Marshall said he is pleased the city and event organizers were able to come to terms. 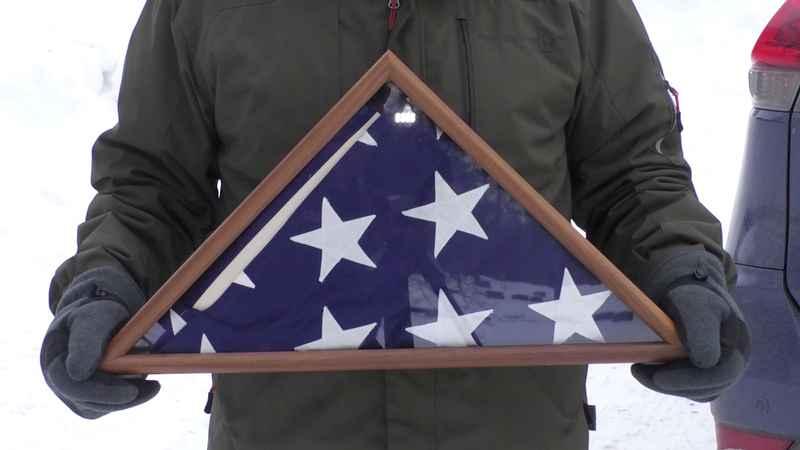 "This is just too important of an event — a day of remembrance that we honor," he said. "It's totally all about our revered, honored war dead. It's not about me or anybody else. It's about them. That whole day is about them."

Duluth Mayor Emily Larson praised the compromise, saying: “This important agreement ensures an honoring of our veterans befitting of their service while acknowledging the partnership of the city and codifies the entire approach so we can all focus on what matters most here: the service and sacrifice of our veterans.”

"We have the Legion. We have the VFW. We have the MVA down in the Ramsey area. We have a large variety of folks who have served our country. So, I think it was important to be in the conversation," she said.

Kennedy's inclination to honor military service springs in part from family ties. Her father served in the Korean War, her uncle served in Vietnam, her brother was in the Navy, and her grandson recently served in Afghanistan.

Forsmansaid, "It was really important to Council Vice President Kennedy and I to work out something to keep our Memorial Day parade in West Duluth."

To ensure the continuance of the event, Forsman said they called for a discussion Friday. "We just went into that meeting in the spirit of cooperation and wanting to reach some sort of long-term agreement so that the parade stayed in West Duluth. And that's exactly what we did."

Forsman said he and Kennedy hope to bring forward a resolution to formalize the agreement, with the potential for some modest cost adjustments in the future but nothing of the magnitude originally proposed.

"It really is important to honor the service of those who have died for our country. And we were in total agreement that this isn't a situation where we're going to see if we can come to some sort of an agreement. We were very firm that we were going to make sure this event stays in our community, and then we're going to figure out the details of that," Forsman said.

Prev: The 10 Best Presents for Dad

Next: SnakePit Round Table: Peace with honor?