The recently released Google Pixel 5a seems to easily overheat when recording video, according to reports from reviewers. It appears that after a short period of recording (particularly at 4K 60 FPS), the phone will stop recording as it’s beginning to overheat. We noticed this issue in our Google Pixel 5a review, and we also tested and compared the phone against a number of other devices in order to find out if this problem is unique to the Pixel 5a.

Yup. Tested it myself on my Pixel 5a, 70 degrees inside in the A/C and on 4K @ 60 FPS it just takes a matter of minutes to overheat. This is terrible… pic.twitter.com/Pde8GcL6KU 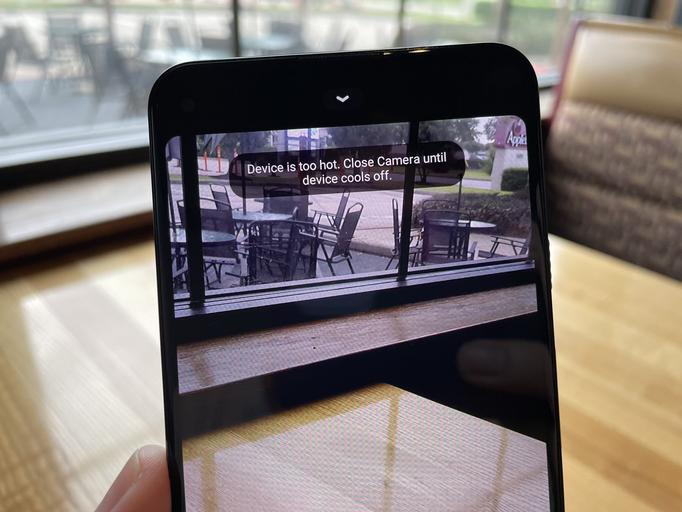 We tested the following devices when recording at 4K 60 FPS at roughly 70°F room temperature (21°C), to see whether or not this is a problem unique to the Google Pixel 5a.

We also tested the following devices at 4K 30FPS in the same conditions:

70°F is not exactly ahigh ambient temperature, and might even be an average temperature in a lot of places in the U.S. TechOdyssey notes that his problems were faced indoors while recording with an AC on in order to regulate temperature, and all of our testing was indoors, too. It’s possible that Google will release a statement (or even a software update in the future to try and fix this problem), and we’ll be sure to report back if the company does so.

I'm a senior editor at XDA-Developers. I have a BSc in Computer Science from University College Dublin, and I'm a lover of smartphones, cybersecurity, and Counter-Strike. You can contact me at [email protected] My Twitter is @AdamConwayIE and my Instagram is adamc.99.

Next: The rise and fall of global health issues: an arenas model applied to the COVID-19 pandemic shock