An unknown Infinix smartphone leaked last month, and today the mystery was finally unveiled. The device has launched in Thailand under the name Infinix Note 11S. 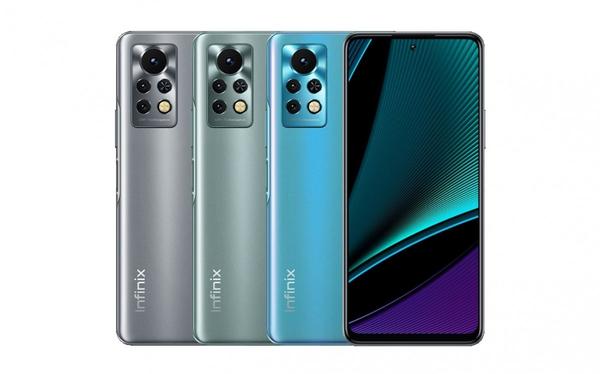 The camera island on the back has five circles, but only three cameras and one LED flash - the last one is there for decoration. The main cam has a 50MP sensor, while the other two are both 2MP - one for depth effect, the other for macro shots. There is one selfie camera with a 16MP sensor mounted inside a punch hole.

The Infinix Note 11S runs Android 11 with XOS on top - Infinix’s own user interface that will have redesigned widgets. The phone also has room for two nano-SIM cards, as well as a microSD slot. A 3.5mm audio jack is also present on the bottom, right next to the microphone and USB-C port.

The phone has a 5,000mAh battery and comes with support for 33W charging support.

The price of the Infinix Note 11S is originally THB6,999 ($210), but is currently discounted at Lazada Thailand and until November 11 will cost just THB6,099 ($185), and has a smart band bundled for no extra cost (sold for THB399 ($12) separately). The color options are Blue, Green, and Gray, and for some reason, only the latter two are offered in the aforementioned bundle.

Prev: Accessories As Cute As a Kitty