Looking at the iQOO 9 BWM M Motorsport Edition, we can clearly see it in White color and a tricolor strip that resembles the BMW brand, the back is inspired by the racetrack. This is the Legend Edition that features unique stripes on the right side while the other one Alpha Edition adopts a nano-lithography concave texture process, more like a carbon fiber print you see on the supercars.

The backside has an anti-glare matte finish frosted glass that looks way too premium, the design is highly sleek, elegant, and refined, the edges are tapered and are extremely smooth, the sides are metallic, the overall design of the phone looks stunning and feels solid in the hands.

As you look closely at the back, you will notice the triple camera setup on the left side placed on a very thin metal sheet with Gimbal Stabilization written on it. You also find the iQOO logo in Silver that blends with its camera design.

This phone supports a Gimbal camera system which you don’t easily find on smartphones, so far we have seen it on vivo smartphones for now. A gimbal is a tool that uses motors and intelligent sensors to support and stabilize the camera.

It also supports HDR10+, offers a huge 6,000,000:1 contrast ratio, and a peak brightness of 1,200 nits. The smartphone is protected by Panda Glass, a counterpart of the Corning Corning Gorilla Glass. The display has an in-screen camera, in-screen fingerprint scanner, and dual Moster Touch sensors underneath the display.

The bottom side has a USB Type-C port that doubles as a 3.5 mm audio jack (via converter), one microphone (second at the top), and stereo speakers (one at the earpiece). The bottom also has a dual 5G SIM tray supporting 5G bands, but no microSD slot alongside. The right side has volume controls and a power key in Blue.

The Android 12 on the iQOO 9 BMW Edition uses a security patch dated 1st December 2021, the FunTouch OS 12 is seamlessly designed and optimized for the Android 12 and is now improved compared to its past versions.

If you are familiar with the FunTouch OS or have used any vivo or iQOO smartphone previously, you’ll feel home, there are a lot of customizations and a chunk of features in the UI, aside from its BWM themed wallpaper.

With its 120 Hz display, the UI feels extremely smooth and light in weight, it supports Super Touch Acceleration, a 300 Hz touch sampling rate, and a mind-boggling 1,000 Hz instant touch sampling rate for seamless touch response. Take a look at the screenshots of the interface you get on the iQOO 9 BMW M Motorsport Edition.

You get a little bloatware, but it doesn’t mean that you can’t remove it, simply uninstall the apps if you don’t like them. The bloatware includes a handful of third-party apps like Facebook, Josh, CRED, and Netflix as added apps on the phone. 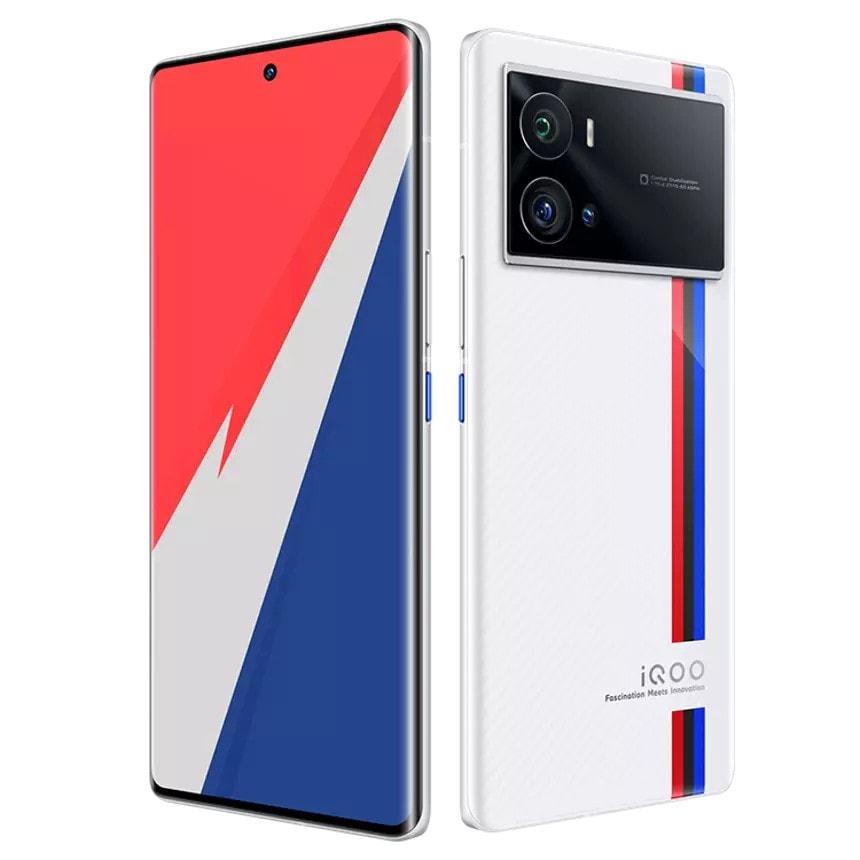 Gaming can be a whole new experience, you can game a lot without compromising the performance, play games in the highest possible graphics, the Adreno 660 GPU can handle it, the iQOO 9 BMW Edition can be one of the best gaming rigs to choose.

No sign of heating, it’s aided by Vapor Chamber Liquid Cooling System. In addition, there’s the in-display Dual Monster Touch sensors, these two separate sensors are right under the display, splits into the left and the right sides of the screen enabling you to use two thumbs to easily command the whole game.

Something that will blow away your mind is its Super Touch Acceleration, even though it has a 300 Hz Touch Sampling Rate, it also has a whopping 1,000 Hz Instant Touch Sampling Rate for super-fast touch response eventually benefits while you game.

The iQOO 9 BMW M Motorsport Edition has a clever camera setup, the backside has a Gimbal camera system with triple cameras of 48 MP as the main camera with an f/1.79 aperture utilizing the Sony IMX598. The rest two are a 13 MP telephoto lens (50 mm professional portrait camera) with an f/2.46 aperture and a 13 MP ultra-wide lens with an f/2.2 aperture.

What’s with the Gimbal stabilization? The camera integrates an innovative gimbal that moves the lens in the opposite direction to compensate for any camera shakes eventually giving a stable output.

On the video side, you get 4K recording up to 60 fps and 1080p slow-motion recording up to 240 fps. The video also supports anti-shaking stabilization, super night mode, wide-frame movie mode, beauty mode, and a bunch of filters.

The iQOO 9 BMW M Motorsport Edition features a whopping 120W FlashCharge fast charging that charges the phone in just 18 mins from 0% to 100% for a battery size of 4,350 mAh, and 6 minutes for 50% charge. The iQOO 9 BMW Edition uses the 6C system battery cells with an array-tab winding design process and dual IC to increase the maximum charging power to 120W. This way, it achieves faster speeds when it comes to charging the battery.

On the flip side, the rival Xiaomi 11T Pro 5G with 120W has a 5,000 mAh dual-cell battery that nearly takes 17 minutes to charge fully. Similarly, the Xiaomi 11i HyperCharge Edition has a 120W charger inside the box. That said, you will hardly find any competitors in terms of charging speed, several smartphones still offer 65W charging, the iQOO 9 BMW M Motorsport Edition remains in the top position when it comes to charging.

The battery on the iQOO 9 BMW Edition is 4,350 mAh which lasts about 2 days on average use (though it may vary depending on your usage), but that’s not the concern if the battery is charged this fast, (6 minutes for 50%).

On the design front, the iQOO 9 BMW M Motorsport Edition has the iconic BMW tricolor strip, the matte finish look, refined frosted glass back, feels solid in the hands, the design is certainly impressive. Aside from these, the Gimbal camera system is cleverly set up for stabilization, the cameras offer a bunch of features and perform well. The overall camera performance is impressive and reliable.

Fast charging is the key feature of the iQOO 9 BMW M Motorsport Edition, you get a whopping 120W FlashCharge fast charging which is capable of charging the battery from 0% to 50% in about 6 minutes. You also get Dual Monster Touch Sensors, dual stereo speakers, some useful FunTouch OS 12 features, and more. The only downside we can see is the phone isn’t waterproof, no IP rating is available.

Next: Realme XT quick review: All about that 64MP quad camera setup