For the unaware, Jio was selling the affordable LYF smartphones and marketing them heavily back in 2016. Even though these devices came with 4G support and were affordable, the user experience was quite bad. Eventually, brands such as Xiaomi and Redmi started offering alternatives and LYF is now almost gone from the Indian market.

The answer to this question is, JioPhone Next and LYF phones both serve a different purpose to the company and the market, and the JioPhone Next is a completely different offering. Let me explain why.

Before we understand what Reliance Jio intends to do with the JioPhone Next, let’s understand the purpose of LYF smartphones. Jio announced its arrival in the Indian market in late 2016. When Jio arrived, there were few operators, including Airtel, Vodafone, and others already providing 4G services in select parts of India. 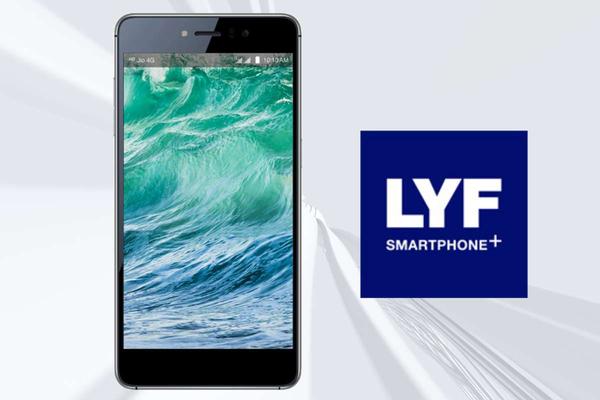 All of these operators were pre-dominantly offering 4G LTE services, while Jio wanted to offer 4G VoLTE services. However, there weren’t many affordable smartphones available at the time that supported 4G VoLTE. In the 2016 and 2017 period, only select devices supported 4G VoLTE, and the rest ran with 4G LTE support.

To change this, Jio came out with LYF phones that were not only affordable but also came with VoLTE support. Yes, the LYF phones didn’t have the best software and hardware integration, the camera was bad, and the UI was just awful, but Jio didn’t intend to make them the best affordable smartphones anyway.

Remember that Jio is not in the smartphone business; it is in the network services business. Jio wasn’t competing with the smartphone brands but only pushing them to come out with affordable 4G VoLTE smartphones.

When Jio came out with affordable LYF phones with 4G VoLTE support, this motivated the other smartphone companies to come out with such devices as well. Jio might have faced a huge loss with LYF phones, but it was all covered by the proliferation of 4G VoLTE smartphones in India because now Jio could offer telecom services to more users.

So understand, the point of LYF phones was just to increase the number of 4G VoLTE smartphones in the affordable range in India.

JioPhone Next Purpose in 2021

JioPhone Next comes at a time when there are already 4G VoLTE devices available in a very affordable price range in India. However, there is still a set of users who are using legacy network services on old phones because they can’t spend Rs 6,000 to Rs 7,000 on a 4G smartphone and don’t even want to upgrade to yet another feature phone (JioPhone).

So what is the purpose of JioPhone Next?

JioPhone Next aims to bring the best of Android and make it as affordable as possible for users. Again, this wasn’t the goal of LYF phones. JioPhone Next will come with very optimised software which has been specially built by Jio and Google together.

Through the JioPhone Next, Reliance Jio wants to go a step ahead in motivating users who are still on legacy networks to upgrade to a 4G smartphone. For all we know, Jio might sell the JioPhone Next at a loss, but if it can achieve its goal of new 4G users, the telco will very much make up for the lost money on smartphones by selling 4G plans to the new users.

This is the key reason why LYF phones can’t be compared with JioPhone Next. The JioPhone Next will be launched in India on September 10, 2021. I expect it to do really well if Jio has, in fact, reached a level of software optimisation which no other brand has in the super affordable price range.

Prev: JioPhone Next Has Branding Gaps from LYF It Needs to Recover From: Opinion