Home > iPhone > Johnny Knoxville gets revenge on Sami Zayn by flying his phone number over L.A.

Will Sami Zayn vs. Johnny Knoxville atWrestleMania 38 be a good match? Eh... probably not. Based on what we’ve seen in the ring from theJackass star so far, I wouldn’t expect Knoxville to steal the show the way Bad Bunny did last year.

That doesn’t mean it won’t be fun though. The two have fully committed in the build, notably with some phone-based pranks the last couple days.

Since last Friday when Knoxville’s distraction helped Ricochet win the Intercontinental title, Johnny’s been releasing videos of a “Sami” as his butler. As payback for all that, Zayn got ahold of Knoxville’s phone number yesterday (Mar. 10). The selfie Sami sent as proof of his identity amidst his mad ramblings is [chef’s kiss]...

FRIENDS AND FAMILY ONLY pic.twitter.com/hgl5uIm2ix

JOHNNY KNOXVILLE IS ONE OF THOSE PEOPLE WHO HAS NO COMEBACK SO HE PICKS ON GRAMMAR, TYPOS, AND OBVIOUS MISTAKES.THE WORST KIND OF PERSON. pic.twitter.com/U7Hwy3zPdJ 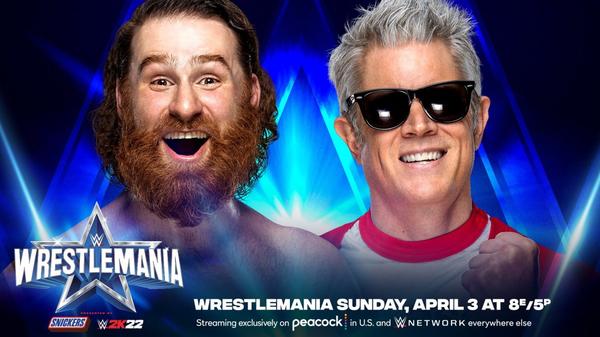 JOHNNY KNOXVILLE IS A COWARD AND I’M GOING TO KICK HIS FACE IN AT WRESTLEMANIA pic.twitter.com/cGDiCXyJbk

Johnny K isn’t just The Rock’sWalking Tall co-star, though. He knows a thing or two about pranks. So today, he hired a plane to fly above Los Angeles with Sami’s phone number on it. Should’ve texted from a burner, Zayn! Knoxville also called his friends at TMZ to make sure the world knew what he’d done.

Zayn, it seems, already had help figuring it out...

This is very dumb and I love it. You?