India based smartphone manufacturing brand Karbonn has expanded its entry-level smartphone portfolio in the country today with the launch of the Karbonn X21. The handset was also listed on Google Play Console back in March and today it has finally made its way to the market. The handset comes with highlighted features like HD+ resolution display, 128GB expandable storage, 2GB RAM, Android 10 Go Edition and a lot more among the others. Let’s have a closer look at the specifications, features, and price of the newly launched Karbonn X21 smartphone.

The Karbonn X21 is launched in India with a price tag of Rs 4,999 and the handset will be exclusively up for sale via online e-commerce site Flipkart. The smartphone is listed for sale in Midnight Blue and Aqua Green colour shades. 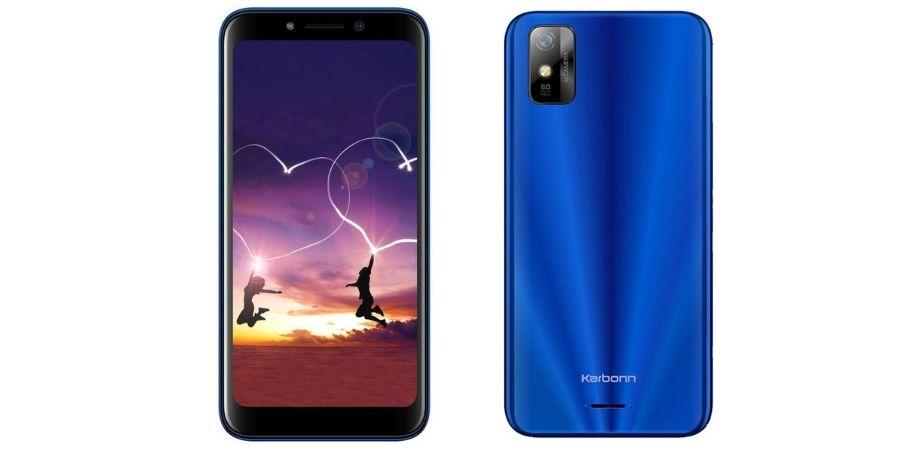 The Karbonn X21 ships with a 5.45-inch LCD HD+ display with a resolution of 1440 x 720 pixels and a pixel density of 295 PPI. The handset offers top and bottom bezels which houses the front camera and other sensors. Under the hood, the smartphone is powered by the UNISOC SC9863 chipset, clubbed with 2GB RAM and 32GB internal storage The company also confirmed that the storage can be expanded up to 128GB via a microSD card slot.

The handset is fuelled by a 3,000mAh battery with a micro USB charging port. It runs on Android 10 Go Edition and on the connectivity front, it supports dual-SIM, 4G, single-band WiFi, and Bluetooth 4.2.

Prev: How to Fix YouTube Picture-in-Picture (PiP) Not Working on Android

Next: Reliance Jio to Soon Launch More Exclusive 4G Smartphones for Around Rs 8,000 in Partnership with Vivo, Lava and Karbonn: Report