Home > iPhone > Monterey is the next version of Apple macOS

After macOS Big Sur, where does Apple go? Last year’s version brought a (long overdue) visual redesign, as well as major changes to core applications such as Safari, maps, and messaging. Now with macOS Monterey, Apple is trying to further improve its desktop operating system. Support the use of SharePlay to share your music and movies, as well as some other functions shared with iOS 15. Of course, this is not the massive macOS restart that some people have been waiting for — in essence, it still looks most like the original OS X — but it should still make life easier for Apple desktop users. 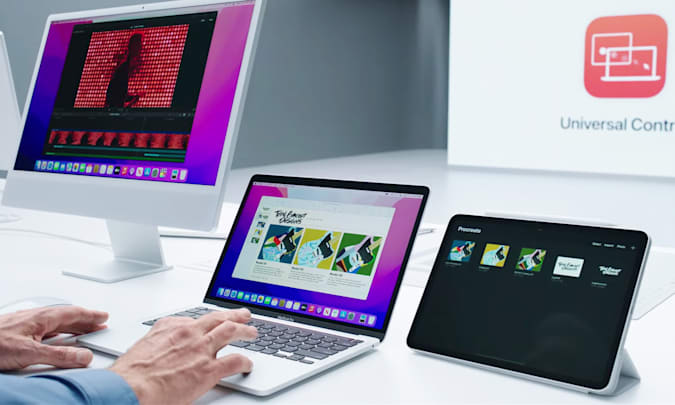 One of the most notable new features of macOS Monterey is Universal Control, an evolved form of Apple's Continuity that lets you seamlessly use your keyboard and mouse across Macs and iPads. That's something third-party apps like Across have offered for some time, but historically they've been hard to set up and finicky to use. Apple's advantage, as always, is that it can do much of the configuration work within its OS. As demonstrated by Craig Federighi, Apple's VP of software, Universal Control seems to work as advertised. He had no trouble using a single set of input devices to work across an iPad, MacBook Pro and iPad.

Additionally, you'll also be able to cast your iPad screen and music to your Apple computer with AirPlay to Mac. The name pretty much says it all: It's another way to make it easier to work across multiple Apple devices. And just like the classic AirPlay feature, it could make it easier for you to collaborate with other Apple users. At the very least, it'll be a smart way to play tunes on the new iMac's excellent speakers.

For the most part, it doesn't seem like macOS Monterey differs too much from Big Sur. That makes sense, as Apple considered last year's release as one of its biggest OS design revamps. Still, the company managed to squeeze in some updates to Safari, including slimmer tabs and the ability to shove several tabs into groups. Those tab features are headed to iOS on iPadOS, and Apple is also finally bringing Safari extensions to its mobile platforms too.

Finally, Apple is planning to make automation a bit more user-friendly on macOS Monterey with Shortcuts. The OS is launching with a few built-in Shortcuts, but you'll also be able to configure your own, as well as import Automator actions. Apple says it'll transition away from Automator over the next few years — sad news for Mac diehards, but hopefully good news for more general users who could never figure that tool out.

As usual, Apple will release a developer preview of macOS Monterey today, and plans to have a public preview next month. You can look forward to the final version this fall (hopefully released with some new MacBook models).

Next: Samsung's Galaxy Buds Pro fell to the lowest price in history at Woot