MWC took place as a face-to-face event in Barcelona this year, and it was good to be back. So, what were the key takeaways of the event?Dario Betti, CEO, Mobile Ecosystem Forum,offers his highlights

The big announcements for new mobile devices have left MWC. Big brands prefer their own shows (Apple, Samunng, Xiaomi). Some brands did not take part (Sony), and other MWC enthusiasts have thrown in the towel already (LG) . The mid-range devices (e,g, 250-450 Euro) is the hard area that manufacturers are trying to escape – the one that LG decided to leave all together.Realme, Xiami, Honor and more were keen to diversify upwards – or even in other areas. The hot releases at MWC were new laptops, a transparent TV screen, and dog robots. A bigger reflection on the maturity of the smartphone market is necessary. Branding is key, features and bill of material is secondary – not a good sign for long term innovations and sustainability.

Poco by Xiaomi was one of the few new releases at the show. Xiaomi is so keen to become a full premium brand that picked its Indian focus brand Poco to position on the price sensitive Generation Z market. Xiaomi is extending its devices upwards but still tries to hold to the medium high market where it grew from. The unfortunately named Poco (it means a little of in Spanish/Italian) would like to show that it offers a lot to its segment, with a focus on imaging and social. The high-end version of the phone is based on the Redmi Note11 Pro. For a fraction of the price users can get a remarkable phone. Even the premium brands should feel a bit uncomfortable now. How long will the market power resist?

More contenders for the high-end market? Have you heard of Realme? You should. It might only be three years old, but the Chinese manufacturer is on a high. It is a brand of BBK Electronics, also known for Oppo, Vivo or OnePlus. The pedigree is impressive, and the results are too. At 750 euro its GT2 is a deserving challenger to premium phones. In 2021 Realme grew by 548% in Europe – it is worth keeping an eye on this brand.

Honor has been sold by Huawei. Understandable given Huawei international crisis with its lack of access to US technology such as Google’s Play Store. The new management at Honor has decided to go looking for a higher market positioning phone by announcing the Magic4.

The real eye catcher: new laptops from Samsung and Nokia (yes if laptops steal the show at MWC we might have an issue!). Also worth noting is the TCL new Fold and Roll screen, not a flip phone but an extension screen.

Operators: it was all about regulatory compliance and technology evolution

The operators coalesce with the GSMA on the issue of a level playing field: OTTs are not required compliance to telecom rules. A very good point, but one that they should have argued better 12 years ago: too little too late? It is time to propose solutions, and urgently. For the USA, the regulator FCC announced new frequencies with a view to 6G. Given the issues on rolling out 5G near airports, the industry would have liked a response on today’s concerns, rather than new frequencies and new problems. The USA needs to clear up its 5G backlog. 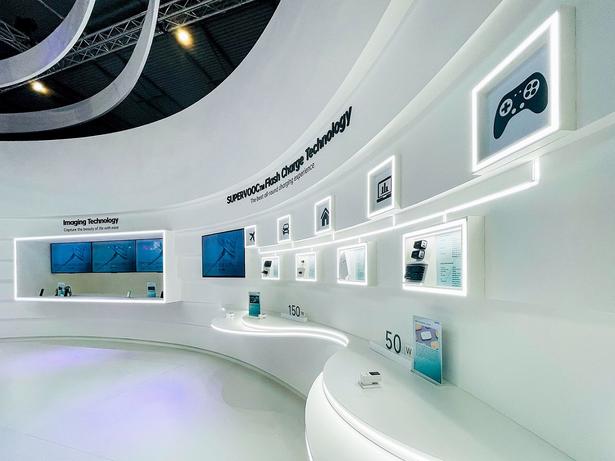 The real news for the operator community was the development on OpenRAN and virtualisation. The new kids on the block are growing strong.Microsoft, vmware, AWS were showing a full force. It is not just the IT crowd showing solid presence: Mavenir was a strong voice from telco perspective. The appeal of these technologies is high for the industry, but problems were shown to be the cost of legacy system and integration. The technology is available, but not all can manage legacy system integration in an efficient way. The question is how to finance this or how to make it cheaper.

In terms of financing, some of the operators were horrified by the new cost GSMA reported; 600 US$ billion will be needed to deploy 5G and network optimisation in the years to 2025. Most operators we spoke with are not willing even to consider 6G unless a new source of revenue is clearly identified. More work for the industry is needed.

For new revenues, look at what edge computing is doing. There is real potential for mobile operators here, possibly in collaboration with hyperscalers. However, most of the stands were more metaverse inspired than edge enabled.

The Metaverse: the bad side of the ‘Hype-verse’

It was everywhere, yet it is nowhere. The metaverse is a great concept and one the industry needs to engage with.Disappointingly, there was too much vapourware at MWC; the numbers of companies truly working on something exciting on virtual reality and augmented reality were possibly a handful. MEF will release a full report on the topic. But the industry needs to stop playing the hype game. Some real innovators are finding it difficult to cut through the empty announcements.

Bringing the app and start-up world (the 4YFN event) and CPaaS/Payment to the main floor of the MWC event, was required in order to cover the big empty blocks – but, that said, it was also a great story. Innovators are needed in this industry and there are many.MEF will publish a list of companies that have raised the bar during MWC. To start I would also like to share with you the winners of the Meffys, these innovators were voted by their peers – worth a look at these names.https://mobileecosystemforum.com/2022/03/02/meffys-2022-winners-announced-announced-live-at-mwc/

A quick note to share the 2022 congress experience. It was lovely to be back. With 60,000 visitors this would be just over the 50% attendance level on the past years – yet this felt right. By a horrible accident, GSMA might have found that the future of this mega event is not on going bigger but on going sustainable. This was a great event, and part of its greatness was also how less crowded it was: easier to live, to travel to, commute to – and more importantly more relevant. People participating were truly active in mobile and truly committed to the collaboration, sales, and support in the mobile world. Yes, mindboggling fare rides with no meaning or relevance to mobile were still there (e.g. Space exploration VR ride? Cocktail maker robots… etc.), but we will close our eyes on those for now.

MEF was happy to support multiple events during the days of the Congress, all with great feedback and engagement – we all needed a chance to be together, to interact and to talk face-to-face. Congratulations to the GSMA to bring us such a successful event.

Dario Betti is CEO of MEF (Mobile Ecosystem Forum)a global trade body established in 2000 and headquartered in the UK with members across the world. As the voice of the mobile ecosystem, it focuses on cross-industry best practices, anti-fraud and monetisation.The Forum provides its members with global and cross-sector platforms for networking, collaboration and advancing industry solutions.

Prev: The Morning After: The new phones of MWC 2022

Next: How much are you willing to pay for a rare, genuinely rugged phone?