Nokia-maker HMD Global has halted making flagship smartphones – at least for the time being.

Nokia introduced several phones at MWC 2022, including the C21 and C21 Plus and the even more budget-friendly C2 2nd edition. The flashiest phone of the three was the C21 Plus, which offered a 6.5-inch HD Plus display, a 13-megapixel dual camera and a two-day battery life, all for less than £100.

The C-Series is one of Nokia’s more affordable lines, leaving some fans to wonder whether a new flagship is on its way any time soon.

HMD’s head of product marketing, Adam Ferguson, cleared up this speculation at the conference in a conversation with Android Authority.

“Making an $800 phone doesn’t make sense for us at the moment”, said Ferguson. 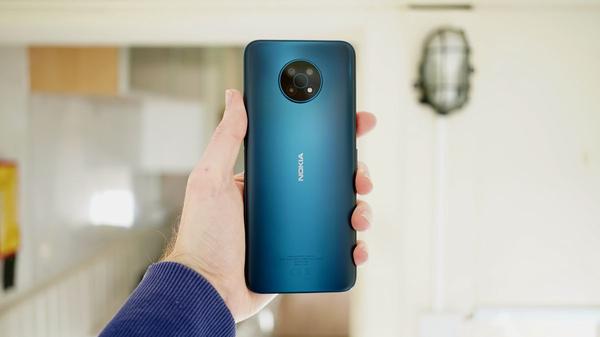 He also explained that HMD doesn’t “want to get involved in a massive spec war with other players” and would rather “stand for something very different”.

According to the report, Nokia’s current strategy is focussed on building good feature phones and good entry-level and mid-range phones that offer multi-day battery life and durable hardware for several years, all without breaking the bank for customers.

The brand also hopes to lead the market in pre-paid smartphones in the US by the end of 2022.

It isn’t entirely clear whether HMD plans to breach the flagship market again with Nokia in the future but, as for now, Ferguson says there is “more to do”.

Nokia’s last major attempt at a true flagship handset, the Nokia 9 PureView, didn’t see massive amounts of success. TO the point it wasn’t even released in all the major regions, hence why we never got it in for the full review treatment. Plus, once HMD is ready, it’ll still have to hold its own against the Apples and Samsungs of the world. Samsung has been the biggest player in the flagship Android market since the launch of the Galaxy S2 many moons ago. This was the first Android flagship we marked as a “true iPhone rival” when we tested it all the way back in 2011.

Since then its flagship line has gone from strength-to-strength with its latest Galaxy S22 Ultra scoring 4.5/5 when we tested it earlier this year. Highlights include an excellent camera for day-to-day use, a best in class display and S Pen stylus support, for those that like to take notes or manage spreadsheets on the go.

Right now, it seems as though the brand will be taking a step back from the flagship game to focus on its budget and mid-range offerings.

Prev: 6 Best Ways to Fix Notifications Not Working on Mac

Next: Nokia is going to launch its new model soon.