Announced so quietly that it almost slipped by unnoticed, the Oppo A76 is not only official, it is also available as of today with sales kicking off in Malaysia. This is an an entry-level 4G phone with a starting price of MYR 900 ($215/€190) and you can grab one from Oppo.com (Malaysia) in Glowing Black or Glowing Blue. Just what are you getting for your money?

The chipset is paired with 6 GB of RAM and 128 GB storage. The ColorOS 11.1 (based on Android 11) has a virtual RAM expansion features that adds 5 GB more. There is no storage expansion available, the phone’s dual card slot only accepts SIMs. 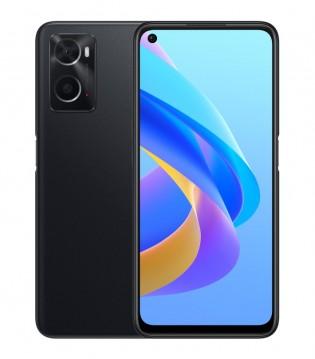 Around the back is a dual camera, but don’t get fooled by the large circles around the lenses – it’s a pretty basic setup with a 13 MP main module and a 2 MP depth sensor. There’s no word on video recording capabilities, but the chipset tops out at 1080p, so that would be our guess.

The best feature on the A76 has to be its battery. It is fairly large with 5,000 mAh capacity and it is fast to charge too, supporting 33W.

There is also the nearly identical Oppo A36, but something tells us these two won't be available in the same markets (it's not available in Malaysia, for example).

Prev: Competitive ‘Tetris’ was soaring, then it lost a legend. What comes next is a puzzle.