Home > iPhone > Russian Jets Flying 200 Sorties a Day, But Firing from Their Own Airspace, Pentagon Says

Russian warplanes are flying about 20 times more missions than their Ukrainian counterparts, though many never enter Ukrainian territory and simply lob long-range missiles from inside Russian airspace, a U.S. official said Friday.

Russia's roughly 200 daily Ukraine-connected sorties compare to about five to 10 a day by Ukraine, which is down to about 56 operational warplanes, the official told reporters at the Pentagon.

There are several reasons for the conservative use of airpower over Ukraine on both sides, the defense official said. First, Russia has surface-to-air missiles, or SAMs, in enough locations that it can shoot down Ukrainian jets in almost all parts of the country, and Ukrainians have held their jets back.

“They are not using their fixed-wing fighter aircraft very much,” the official said of Ukraine.

US Officials Not Ready to Dismiss Russia’s Anti-Aircraft Missiles, Despite Shortcomings in Ukraine

Russia has also shown “a general risk aversion and a cautiousness in the air,” the official said, despite their country-wide SAM coverage. 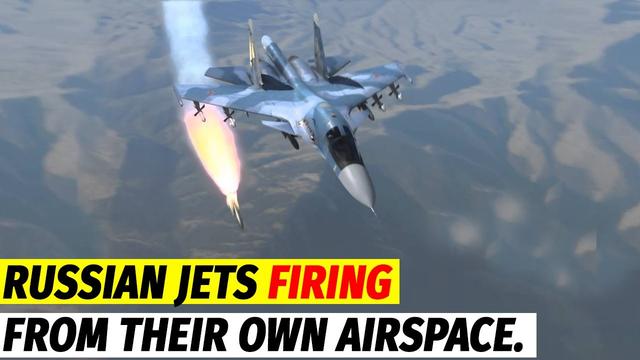 The Ukrainians have their own SAMs and shoulder-fired missiles, the official said.

“They're moving stuff around. They're being very nimble, and it's proven effective. And I'm not just talking about mobile launchers,” the defense official said. “I'm talking about the use of shoulder-fired surface-air missile capability, as well … they are making the caution of the Russian pilots warranted, by the way they're using the capabilities that they have.

On Friday, the Ukrainian ministry of defense claimed it had shot down a total of 57 Russian aircraft and seven Russian drones.That number could not be independently verified.

Third, the Ukrainians have relied on drones, especially to attack Russian convoys.

“They have made effective use of drones, which are cheap,” the defense official said. “They can fly below radar coverage by the Russians …they're using them with terrific effect, particularly against Russian ground movements.”

Over the last two days, Pentagon and Biden administration officials rejected a proposal by Poland that Warsaw would send its MiG-29s to Ramstein Air Base in Germany, and leave it to the U.S. and NATO to decide whether to send those jets on to Ukraine.

Russia has warned that such a move would mean those nations were now directly involved in the war. The U.S. said that transfer was a non-starter, because of the risk of further escalation with Russia.

“​​Direct confrontation between NATO and Russia is World War III, something we must strive to prevent,” President Joe Biden said Friday at the White House.

Likewise, the United States will not send its advanced Patriot air defense system because it would require U.S. troops to operate it inside Ukraine, the Pentagon said Thursday. Instead, the United States and NATO member countries are looking for additional alternative systems, such as the Russian-made S-300 air defense system, that Ukrainian troops already know how to operate.

The emphasis on other means of offense comes as Russian convoys have been seen regrouping to move rear elements forward, and sending some convoy elements into the trees to avoid the Ukrainian attacks.

Next: Desperate Ukrainians beg ex-Gov. Pataki to ‘close our sky’ from Russian bombers