Back in October, Ryan Reynolds announced that he had wrapped filmingSpirited with Will Ferrell and revealed he was taking a break from moviemaking. Spirited will be "a musical project based on Charles Dickens' A Christmas Carol," so it's no surprise that Reynolds chose Christmas to share a first look at the movie. The actor took to social media today to post photos from the holiday flick, including images of himself, Ferrell, and Octavia Spencer.

"iPhoto Album 🎄," Reynolds captioned his post on Instagram. You can check out the fun look atSpirited below: 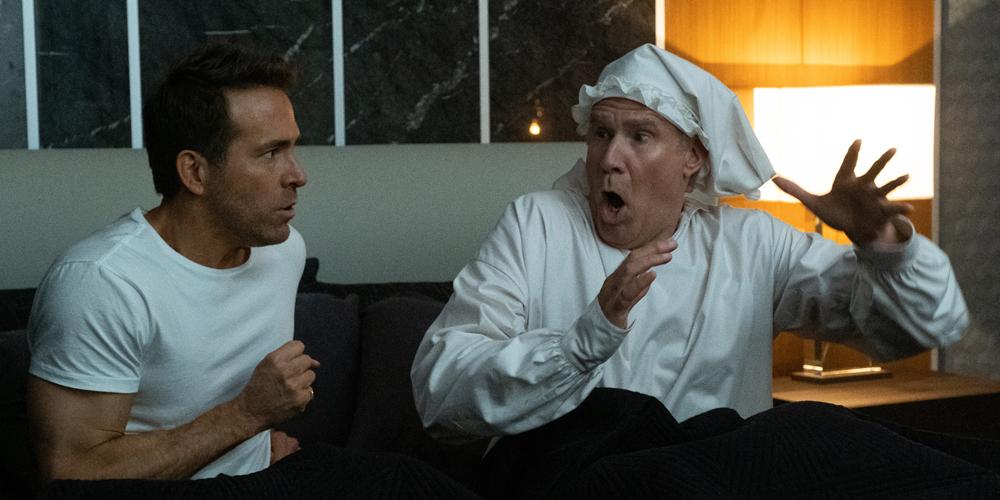 Spirited was written and directed by Sean Anders and John Morris, who worked with Ferrell on the Daddy's Home movies. Ferrell's Gloria Sanchez, Reynolds' Maximum Effort, and Mosaic are producing the holiday film. Collider previously reported that Reynolds will take on the part of an Ebenezer Scrooge-like character, putting him in the crosshairs of the various ghosts of Christmas Past, Present, and Future. Ferrell is expected to play the Ghost of Christmas Present and Spencer is signed on to play Reynolds' "good-natured co-worker."

Here's what Reynolds initially wrote on Instagram after wrapping on Spirited:

"That's a wrap for me on Spirited. Not sure I'd have been ready to say yes to a film this challenging even three years ago. Singing, dancing and playing in the sandbox with Will Ferrell made a whole lotta dreams come true. And this is my second film with the great @octaviaspencer... Perfect time for a little sabbatical from movie making. I'm gonna miss every second working with this obscenely gifted group of creators and artists. These days, kindness matters as much as talent. I've been lucky to work with folks who are flush with both," Reynolds wrote.

While Reynolds has plenty of already-filmed projects to look forward to like The Adam Project, he's stepping away from making anything new (at least until he starts production on Imaginary Friends next year). During a recent chat with The Hollywood Reporter, the Deadpool star further explained his decision to take a moviemaking sabbatical.

"I'm just trying to create a little bit more space for my family [wife Blake Lively and their three daughters] and time with them," Reynolds told The Hollywood Reporter at the Wall Street Journal Magazine Innovator Awards on Monday in New York City. "You know, you don't really get that time back."

Spirited is scheduled to be released during the holiday season in 2022.

Next: Here Are the Latest Dates You Can Order Apple Products in Time for Christmas