The iPhone SE (2022) costs more than its predecessor which places it in the sub-$500 category alongside the iPhone 11. So which device is better?

TheiPhone SE (2022) has a higher launch price that places it in the sub-$500 category, and this makes it possible to pit it against the iPhone 11, the other Apple smartphone that's priced under $500. Even after launching a new iPhone, Apple is known to keep manufacturing and selling select models from previous generations. It also slashes their price, making them more affordable and a great choice for those on a budget.

RELATED: The iPhone SE 3 Is Apple's Best (And Most Disappointing) Cheap iPhone Ever 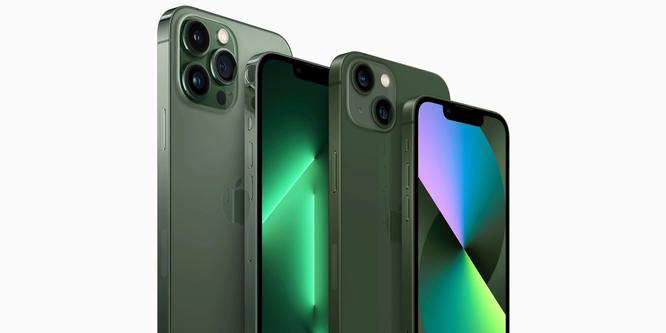 Either iPhone Is A Bargain

Apple ships the iPhone 11 with a 6.1-inch Liquid Retina HD display which towers above the 4.7-inch Retina HD display of the iPhone SE. Both screens are 60Hz LCD panels with the same maximum brightness and contrast ratio. While the iPhone SE is smaller, it is actually the more powerful thanks to the 5nm A15 Bionic chip, the same processor that's inside the iPhone 13. It also has a 5G modem albeit only with support for sub-6GHz networks. The iPhone 11 is a 4G phone powered by the two-year-old 7nm A13 Bionic. Both phones have 4GB of RAM and are available in 64GB, 128GB, and 256GB storage options, although Apple no longer seems to sell the 256GB iPhone 11. However, the camera department is where the iPhone 11 shines. Not only is there a 12MP main sensor and an extra 12MP camera with an ultrawide lens, but the iPhone 11 also has Night mode and Audio Zoom. This is in addition to a 12MP front camera.

The iPhone SE has a single 12MP rear camera and a lower resolution 7MP selfie camera. However, the iPhone SE has some new camera features, such as Smart HDR 4, Photographic Styles, and Deep Fusion, that are not available on the iPhone 11. Apple ships the iPhone SE with Touch ID buried under the home button while the iPhone 11 uses Face ID. The iPhone 11 has a greater battery capacity and better battery life in general — providing up to 17 hours of video playback in contrast to the iPhone SE's 15 hours. Both phones support fast charging (up to 50% in 30 minutes) and don't ship with a charger in the box. They also support Qi wireless charging. There is also Dual SIM support (nano and eSIM), Bluetooth 5.0, WiFi 6, and NFC on both phones, although the iPhone SE should have better positioning due to its GNSS module supporting more satellites. Then again, only the iPhone 11 has an Ultra-Wideband (UWB) chip.

The iPhone SE 2022 might have an outdated design but it is more powerful, has support for 5G, and is cheaper with a starting price of $429. Its compact form factor may also appeal to those who want a small phone. However, the iPhone 11, which originally launched in 2019 with a starting price of $699 but is now sold for $499, has a larger display, better cameras, longer battery life, a higher IP rating, and a UWB chip, all for an extra $70. That said, the lack of 5G support means owners won't be able to enjoy the benefits of a higher-speed network, and it can't match the iPhone SE in performance. Also, its $479 starting price (64GB variant) is the same as that of the 128GBiPhone SE (2022), and there's no denying that having more storage for videos and photos is always better.

NEXT: Want A Nokia Flagship To Dethrone The iPhone? Don't Expect One To Come Soon

ShareTweetEmailiPhone SE 3 Battery Life: How Long Does It Last?Related Topics

Prev: TVS Radeon, Honda CD110, and more: Top 5 bikes to consider instead of Hero Splendor Plus