Call of Duty: Vanguard has met with middling-to-good reviews – including the NME review – but its sales may not be a match for previous instalments. Now, a survey has revealed gamers’ reasons for not picking up the latest entry in Activision’s long-running military shooter series.

A new survey conducted byGI.biz – in partnership with EGX and PAX – spoke to 671 “hardcore gamers” across the US and UK. Of those, 284 had bought aCall of Duty game in the last five years, but only 59 players – 21 per cent – had picked up this year’sVanguard.

Respondents were able to list their reasons for why they had not purchasedCall of Duty: Vanguard and the biggest response was simply that they were busy playing other games – a reason given by 55 per cent of players.

GI.biz points to the prevalence of “free service-based AAA shooter games” and “access to older games through subscription services” as part of the reason for this, but also notes that 14 per cent of its respondents had said that they felt playing Call of Duty: Warzone, the series’ free-to-play offering, was enough to satisfy them. 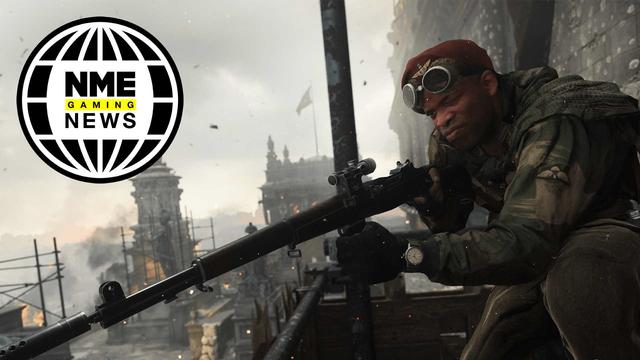 Other reasons given for not picking up Vanguard possibly point to franchise burnout. A sizeable 34 per cent said they were tired of Call of Duty or needed a break from it, while 24 per cent cited not enjoying the World War II setting.

The next biggest issue was the game’s mediocre showing at the review level, with 20 per cent saying they were put off by Vanguard’s lukewarm reception, while 11 per cent said they were waiting for another game instead.Halo Infiniteand Battlefield 2042were the two titles most commonly cited as alternatives here.

There was some sign of consumer conscience at work, too, with six per cent saying they didn’t want to support Activision Blizzard in the wake of a litany of accusations against the parent company.

Finally, four per cent of respondents were put off by the price, three per cent were deterred by the wider player community and cited a prevalence of cheaters, two per cent thought the single-player mode wasn’t good enough, and another two per cent said the download size ofVanguard – the game requires 89.84GB on PS5 and PC, 93.12GB on PS4, 56.6GB on Xbox One, and 61GB on Xbox Series X|S – was too big.

While the survey uses a reasonably small sample size, its results will make for worrying reading for Activision and potentially most likely when it comes to the franchise burnout criticism. The days of an annual release for the series may be waning, especially when the ongoing Warzone can meet the draw of the online multiplayer component.

In other news, a pro-wrestler has collected over 2700 copies of Burger King promotional game Sneak King, while Neverwinter Nights: Enhanced Edition has received a new HD pack three years on from release.

Next: Kotak breaks crypto ice with account for WazirX