Later this month, Tecno will be launching its Tecno Spark series smartphone, which will become a part of the brand's affordable lineup. The company has announced that the Tecno Spark series smartphone price will be under Rs. 8,000 and that it will pack 6GB RAM- a first for the brand. But the company does not intend to stop just there. It has also promised to offer flagship tier specifications and with competitive display, memory, processor, camera and battery. While Tecno India has not revealed any details about these specifications, it has maintained that they will be best-in-class. 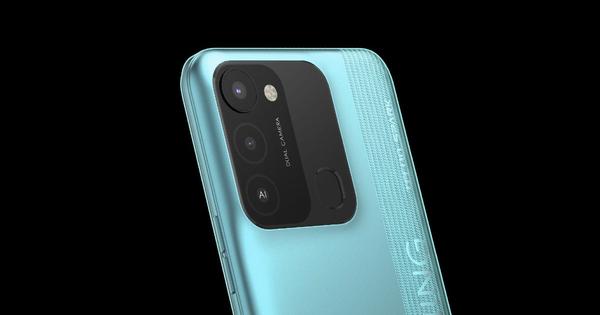 The Tecno Spark series smartphone, after the launch, will be available on Amazon. However, it is not confirmed if it will be exclusively sold through Amazon only or will later be made available on other online and offline retail stores. 91mobiles reported that the Tecno Spark series smartphone will sport a dual rear camera setup and a rear fingerprint sensor. This smartphone can truly be a gamechanger for the Indian mobile scene if it is able to outmatch the performance expected of a 6GB RAM smartphone in the sub-Rs. 10,000 budget.

Tecno Spark series smartphone: What we know so far

While not much is known about the smartphone, we have two significant pieces of information. First, it will bring 6GB RAM under Rs. 8,000 which will be an amazing offering for all Indian smartphone buyers. Further, not cutting corners, Tecno India has revealed that it will be offering high-grade specifications to match the RAM size. Now, what remains to be seen is whether the Tecno Spark series smartphone will cut any corners due to its low manufacturing cost, or will it truly be able to offer a great smartphone experience at its price point.

Recently, Tecno launched the Tecno POVA 5G, the company’s first ever 5G smartphone. The smartphone has 6.9-inch FHD LCD display with a 120Hz refresh rate. Under the hood, it is equipped with Mediatek Dimensity 900 chipset coupled with Mali-G68 GPU. The smartphone is backed by a powerful 6,000 mAh battery which supports up to 18W fast charge.

The smartphone sports a triple rear camera setup with a 50MP primary lens, a 2MP secondary lens and an AI lens. On the front, it has a 16MP selfie camera. With 8GB RAM and an internal storage of 128GB, the smartphone costs Rs. 19,999. It can be purchased from Amazon.

Next: Apple's $1599 Standard Studio Display Does Not Come With a Polishing Cloth