Home > iPhone > The switch to smartphones

India’s feature phone makers stare at uncertainty as the second wave of the pandemic has further dampened the growth prospects for this segment. According to Counterpoint Research, the feature phone market registered a 20% y-o-y decline in CY20, after registering a 42% y-o-y decline in CY19. The core consumer group for this segment of phones, who mainly reside in tier III and IV towns, and rural areas, were among the worst hit by the Covid-19 induced lockdowns. In Q2 CY21, the feature phone market declined 50% q-o-q.

Telecom operator Jio and other feature phone makers are building their budget smartphone portfolio hoping to upgrade feature phone users. But this comes at a cost that is double that of feature phones for consumers.

In CY20, Indian consumers bought around 80 million feature phones. However, this number is on a decline. Navkendar Singh, research director, client devices and IPDS, IDC India, says the feature phone market comprises about a third of mobile handset sales in India. “In CY21, feature phone shipments may amount to 70-75 million.”

Users of feature phones do not replace their phones as often as smartphone users, and tend to retain their devices for at least three years. Industry executives peg the average selling price in this segment to be about Rs 800. Further, feature phones with 2G capability are more popular than 4G feature phones.

Nokia, a significant player in the feature phone segment, is packing in value-adds to drive sales. “During the pandemic, we launched the Nokia 5310 (Rs 3,449) that comes with dedicated music buttons; it was sold out in no time on Amazon,” says Sanmeet Singh Kochhar, VP, HMD Global. The company, which resurrected Nokia 3310 in 2017 in a modern avatar, has brought back Nokia 6310 too this year, with an upgraded form factor. 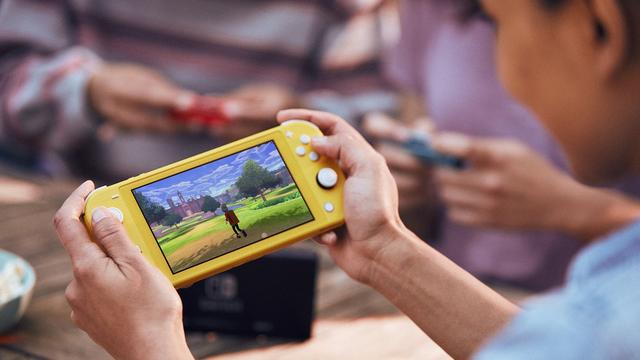 Industry executives say that while the voice-only feature phone segment isn’t vanishing, it is not expected to grow much either. Tejinder Singh, product head, Lava International, points out that “currently, the universe of feature phone users is about 350 million and the addressable audience is around 500 million. With 70% penetration, it is likely that the numbers won’t grow in future as some customers will upgrade to smartphones, and others will buy smartphones directly by skipping the feature phone stage altogether.” Lava International earns about 60% of its revenue from the sale of feature phones.

Analysts say that the sweet-spot for facilitating the migration from feature phone to smartphones lies in the Rs 3,500-4,000 price band. “This is where strategies such as device bundling will come into play to enhance affordability for consumers from aspirational India,” says Shipra Sinha, analyst – industry intelligence group, CyberMedia Research.

Telecom major Jio is expected to launch its affordable smartphone JioPhone Next soon. The phone, said to run on Android 11 (Go Edition), is aimed at consumers who are first-time 4G users. According to media reports, the phone is expected to be priced in the Rs 3,500-4,500 range.

Itel, which commands about 25% market share in the feature phone market, launched a budget smartphone Itel A26 at Rs 5,999, packed with features like face unlock, in September. With the Nokia C01 Plus (Rs 5,999), HMD Global, too, wants to grab a share of this market.

However, most upgrades are likely to take place either through hand-me-down devices or refurbished phones. “Budget smartphones come with low memory and specifications. Consumers from smaller markets prefer to go for refurbished smartphones from brands such as Samsung or Xiaomi, instead of investing in first-hand affordable smartphones,” says Jayant Jha, co-founder and CEO, Yaantra, a marketplace for refurbished devices.

Use cases are limited unless the devices are voice-enabled, say analysts. “Affordability, digital literacy, and literacy itself are the three basic entry barriers for users in these markets,” says Shashin Devsare, executive director, Karbonn Mobiles.

Another hurdle is data consumption. Consumers in the entry-level segment are expected to spend less on data. “The JioPhone Next will have an edge over others, because it will probably have data bundling options just like the Jio feature phone,” says Prachir Singh, senior research analyst, Counterpoint Research. Other handset majors may, therefore, need to strike telecom bundling partnerships, too.

Prev: Xiaomi 11 Lite NE 5G is selling for Rs 21,499 during Black Friday sale but you should buy this Xiaomi phone instead

Next: Airtel, Karbonn 4G smartphone launched at ‘effective’ price of Rs 1399: Here’s what it offers