The recent rise in crimes committed by Chinese syndicates, from online gambling and job scams to human trafficking and abduction, is threatening the safety of people of all nationalities in the Kingdom.

Many are disguising themselves as private companies operating online services in investment zones.

With them came gangs which operated online gambling outlets leading to debts, mainly among their own nationals, resulting in a rise of crimes such as abduction and extortion of gamblers.

There was also a surge in telecom fraud, or Voice over Internet Protocol scams, involving Chinese gangsters preying on their own countrymen.

In the first eight months in 2019 alone, nearly 1,000 Chinese nationals had been arrested by the police, including 115 suspected of telecom fraud and 335 suspected of participating in illegal online gambling operations.

Then, in early 2020, Cambodia banned online gambling outright, leading to an exodus of Chinese nationals from Sihanoukville, leaving so many unfinished building projects in the city which almost become a “ghost town”. However, the crackdown also led to a sharp decrease of illegal activities in the coastal areas.

As the impact of the Covid-19 began to wane and Cambodia began reopening, Chinese businesspeople and skilled workers started coming back to the Kingdon, especially Sihanoukville. Unfortunately, criminals and scammers are also making their return to the scene.

Since Cambodia started allowing quarantine-free entry to international travellers who have been fully vaccinated in November, reports on illegal activities by Chinese scammers have surged.

However, as China tightened border controls and continued its own crackdown on cross-border telecom fraud and illegal gambling, the bogus investors found it increasingly difficult to smuggle in new recruits from China, so they developed a new strategy to cajole or abduct Chinese nationals in Cambodia into the illegal businesses.

In the first place, these workers had been attracted by recruitment agencies back home that promised high salaries, from $800 to $1,500, along with other too-good-to-be-true conditions.

Investigations have found that many of the workers applied for tourist visa upon their arrival in Cambodia instead of the work visa. The scamming companies or syndicates would later seize their passports.

In many cases, they are even sold and allocated to the other companies.

On site investigations byKhmer Times in August to November 2021, revealed that those so-called online investment zones were under closed-off management. The level of security at these establishment allegedly made it difficult for local police to conduct any search or investigation inside.

Such online investment zones exist elsewhere in Cambodia, including the capital of Phnom Penh and in fact, almost the entire country.

Li Xi’an (pseudonym), from China’s southwestern province of Guizhou, told Chinese media Caixin that in March 2021, he had been promised a high salary when he was smuggled into Cambodia and sold to an online investment company in downtown Sihanoukville. 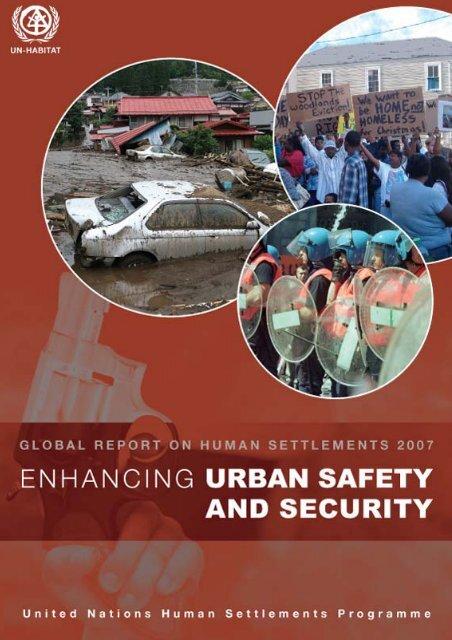 Because he refused to be involved in defrauding his fellow countrymen at the first company, he said he was sold to another cell, which operated out of two buildings surrounded by two-metre-high walls.

Li Xi’an said the gang members tortured him with an electric baton, and he only managed to escape by jumping over the wall from the second floor. He injured himself in the fall, but managed to get safely to a hospital.

Unlike Li Xi’an, Li Liya was neither abducted nor smuggled into Cambodia. She said she was working as an accountant at a factory in Sihanoukville when she got to know someone named Aqiang online.

She told Caixin that her nightmare started on December 28 when she met Aqiang alone for the first time. When she arrived at the meeting place – a temple – in the daytime, she saw that Aqiang had brought another person. The pair then abducted her. She ended up being held by a gang operating out of an online investment zone.

One person threatened her with electric baton, confiscated her mobile phone and forced her to reveal her password so they could delete Aqiang’s contact information. Li believes that the abduction was planned in advance.

It was also learned that in mid-December, another Chinese woman, called Xiaolian (another pseudonym), had been abducted and sold to the same cell as Li Liya. She was held for a 300,000 yuan ($47,500) ransom, before being sold to a cell in another part of the country. Both women later managed to escape in January.

According to local news reports, police arrested 11 Chinese suspects involved in a similar criminal ring in Sihanoukville in late January, six of whom were accused of intentional homicide connected to the deaths of two Chinese nationals. Police also rescued three Chinese citizens being held against their will.

The scams, usually leading to abduction and extortion, initially involved only Chinese nationals and Cambodians but later expanded to include those from other countries.

In January, police rescued over 500 Thai nationals who claim to have been duped into working in Cambodia through online advertisements promising lucrative jobs. Most of them were allegedly forced to work near the border with Thailand’s Trat province and others in Cambodia’s Pursat, Koh Kong, Preah Sihanouk and Banteay Meanchey provinces, especially Poipet city.

Meanwhile, the Indonesian Embassy to Cambodia has recently announced that by February this year it has rescued 165 Indonesian nationals from Cambodia-based Chinese companies who extorted and confined them.

“Just like the predicament faced by other foreign nationals who work for the scamming Chinese companies, these Indonesians were forced to work for 12 hours a day or more,” said a source familiar with the latest rescue last February.

“They also faced threats from the company to reach a certain number of scammed victims on daily basis. In order to leave the company, these workers were told to pay the company $3,000 to $5,000.”

Similar reports keep coming to the embassy from Indonesian nationals in many parts of Cambodia including Phnom Penh, he added.

Last week, Interior Minister Sar Kheng publicly announced that his ministry is committed to end all crimes, including all type of scams in Sihanoukville.

“We have to get it done before the next Commune Election,” he said during an event on Wednesday.

He added that reports of rising crime in the coastal province, which are being disseminated all around the world, is ruining the reputation of the Kingdom.

“When (Preah Sihanouk Provincial Police Chief) [Chuon] Narin sends me the reports, I never wanted to look at them because it was so horrific, but I still have to read them,” he said.

“All of these will also be reported in China and the rest of the world. It would be an embarrassment for the country. We have to do our best to end all these.”

Despite the numerous reports on scams, provincial police chief Major General Chuon Narin said that life is going on as normal in the coastal cities, and the “rumour” on the chaos caused by foreign nationals is being spread by the some ill-intentioned individuals to make people lose trust in the authorities or for any other gains.

As I am living and working here,I can say that life is going on likeusual, and there is not much to worryabout Sihanoukville,” he said. “Wehave cracked down on crime as usual,although there has not been a campaign on it.”