The iPhone 13 features a flat edge design, it comes with the Ceramic shield we saw on the iPhone 12 series and is also IP68 dust and water resistant (like most modern smartphones).

The iPhone 13's camera block has a new design, with the lenses arranged diagonally for the first time, rather than vertically.

There's a 12MP wide camera, and a 12MP ultra-wide shooter. Both feature new sensors, so Apple believes this will have better photography than your iPhone 12 is capable of.

The iPhone 13 series all come with A15 Bionic chipset inside, but we've yet to learn much about what that will be able to do. We'll likely have to wait until we can use the phone to know much firm information about it. All four of these handsets are 5G compatible, as was the iPhone 12 series. 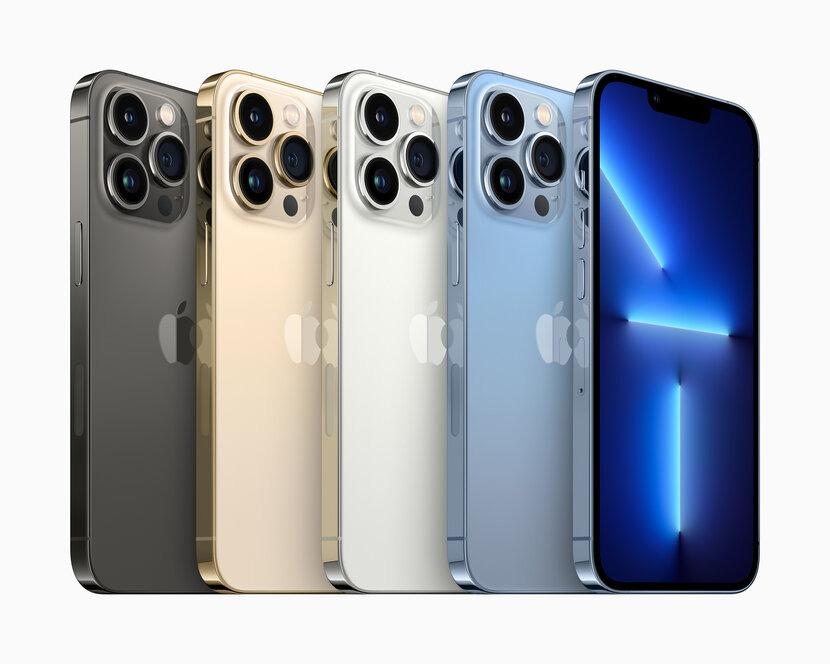 Pre-orders start on Friday 17th September at 4PM with units being available a week later on Friday 24th September. You have a choice of five colors for both the iPhone 13 and the iPhone 13 Mini which are Pink, Blue, Midnight, Starlight and Product Red.

The iPhone 13 Pro duo comes with a new Super Retina XDR display that has 1000 nit brightness peak outdoors, and it features a 120Hz refresh rate.

This is the first time we've seen a super smooth refresh rate on an iPhone. It means images will appear smoother under your finger, such as when you're scrolling through your social media feeds or reading an article.

Coming to the camera system, the iPhone 13 Pro duo features three 12MP cameras. There's a wide camera with an f/1.5 aperture, an ultra wide with an f/1.8 aperture and a telephoto with an f/2.8 aperture.

Apple is bringing ProRes video to the iPhone 13 Pro and Pro Max "later this year". This video format, which is already used by many filmmakers and first arrived back in 2007, gives video shooters more efficient encoding to make editing in apps like Final Cut Pro faster and less processor intensive.

Pre-orders start on Friday 17th September at 4PM with units being available a week later on Friday 24th September. Both handsets come in graphite, gold, silver or a sierra blue. That last shade is new, and it's one of the boldest colors we've seen on a Pro iPhone.