The demand for smartphones has widely increased in Nepal. The entry-level and mid-range phones are obviously the most popular segments. But nowadays, the Nepalese market has grown and the market of premium mid-range and flagship phones has boomed exponentially in Nepal. So, with the availability of various devices, people are confused as to which phones are best under the 60K segment. Here, we have made the list of best phones under Rs. 60000 in Nepal.

You can also check out the Best phones under Rs 50000 in Nepal if you want phones in the price range.

What To Expect From Phones Under 60000 Price Segment?

Poco F3 GT is powered by the Octa-core MediaTek Dimensity 1200 5G Chipset. The smartphone is coupled with 6GB/8GB of LPPDDR4x RAM and Internal storage of 128/256GB UFS 3.1. Sadly there’s no memory expansion feature. The phone runs on MIUI 12.5 based on Android 11 OS.

The device features a large 6.67 inches Full HD+ Samsung E4 AMOLED display panel with a screen resolution of 2400 x 1080 pixels, and a 120 Hz refresh rate. It also comes with a 20:9 aspect ratio, 86.3% screen-to-body ratio, 405 PPI density, 500 nits of typical brightness, 420 Hz touch sampling rate, Corning Gorilla Glass 5 Screen Protection, etc. On the back, the device has a triple rear camera setup that consists of a 64 MP primary sensor with an f/1.7 aperture, an 8 MP ultrawide lens with an f/2.2 aperture, and a 2 MP depth sensor with an f/2.4 aperture. While on the front, the smartphone houses a 16 MP of selfie camera.

Find the technical specification of the Poco F3 GTHere. 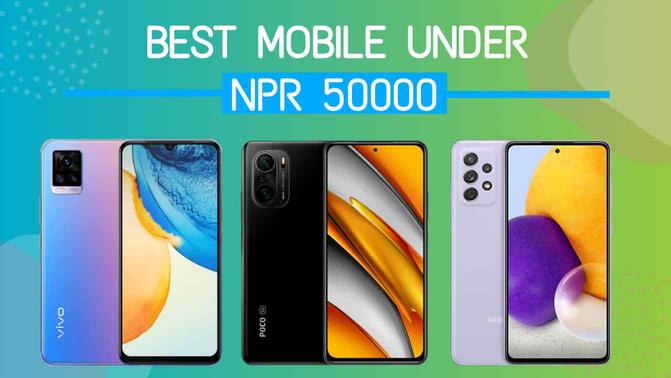 Talking about the battery prowess of the smartphone, it is backed up by the Non-removable Li-Po 4500mAh along with 25W Adaptive Fast Charging Technology. Other specs of the phone include WiFi 802.11 a/b/g/n/ac/6 (Dual-band), Bluetooth 5.0, NFC, Stereo Speakers sound by AKG, 3.5mm headphone jack, etc.

As for the optics of the device, it sports a triple rear camera setup. It includes a 64 MP main camera, 8 MP Ultra-Wide angle sensor, and a 2 MP Macro Lens. Whereas on the front it houses a 16 MP Selfie snapper with f/2.5 aperture. Talking about the battery prowess of the smartphone, it is backed up by a 5,000mAh battery. It also supports 65 W fast charging technology. Other specs of the phone include a 5G network, Bluetooth 5.1, A2DP, LE, USB Type-C 2.0, loudspeaker, etc.

As for cameras of the Samsung Galaxy Note 10 Lite, it sports a triple rear camera setup. It houses a 12 MP primary sensor with f/1.7 aperture OIS, a 12 MP Ultra-Wide Angle Sensor with f/2.2 aperture & FOV 123º, and a 12 MP f/2.4 OIS 2x Zoom telephoto lens. On the front, the smartphone comes with a 32 MP selfie camera with an f/2.2 aperture that lets you snap beautiful pictures.

On the performance end, Samsung Galaxy Note 10 Lite is equipped with the Exynos 9810 chipset. In terms of memory configuration, the phone is coupled with the 8GB LPDDR4X and has 128GB Internal storage onboard. You also get memory expansion of up to 512GB Via a Dedicated MicroSD card slot.

Furthermore, the smartphone comes with a large 6.7-inch Super AMOLED LCD capacitive multitouch display panel along with a screen resolution of 1080 x 2400 pixels. It also has a 20:9 aspect ratio, 394 PPI density, Always-on display, etc. Coming to the battery of the smartphone, it gets the juices from the Non-removable Li-Po 4,500mAh battery with 25W Fast Charging support. Other specs of the phone include Bluetooth 5.1, USB Type-C, Samsung DeX support, S-Pen, 3.5mm headphone jack, NFC, etc. Samsung Galaxy Note 10 Lite is available in two different color variants such as Aura Black and Aura Glow.

This phone is probably out of stock in most stores whereas you can find it in some shops in limited quantity.

Under the hood, the OnePlus Nord CE 5G comes with a MediaTek Dimensity 1200 5G processor. As for the memory configurations, the device is coupled with 6GB/8GB/12GB LPDDR4x RAM and 128/256GB UFS 3.1 internal storage option. On the software front, the OnePlus Nord CE 5G runs on OxygenOS 11.3 based on Android 11. The smartphone boasts a non-removable Li-Ion 4500mAh battery. It also supports Warp Charge 65T. It is available in different color options such as Gray Sierra, Blue Haze as well as Green-Wood. The OnePlus Nord 2 5G costs only Rs. 59,999 for 8GB/128GB variant in Nepal.

Find the technical specification of the OnePlus Nord 2 5G Here.

So, these are the best smartphones available under 60K in Nepal. We hope that the list will be very helpful while choosing a phone for yourself. Also, don’t hesitate to comment on which of the above phones is best according to you.

Prev: Best Mobiles Under Rs. 60,000 in Nepal: Features and Specs

Next: Realme GT 5G Master Edition is in the works