While the likes ofMercedes-Benz,Jaguar andAudi have already set their foot in India's electric vehicle space,BMW has surprisingly been missing from the scene so far. That, however, is going to change soon, as BMW is all set to introduce its first fully electric vehicle in India – the iX SUV. Slated for launch in December 13, theBMW iX will come to our shores via the CBU route and will rival the likes of the Mercedes-Benz EQC and Audi e-tron SUVs.

Both variants get a dual electric motor set-up with one motor on each axle, effectively giving it all-wheel drive. Although, the AWD system distributes torque variably between the front and rear axles, depending on driving conditions. One can thus drive the iX in pure rear-wheel-drive set-up (which is more efficient) and then switch to all-wheel drive when needed.

The xDrive 50 variant of the iX comes equipped with a 105.2 kWh battery, while the xDrive 40 has been fitted with a 71kWh battery pack. The charging system employed by the iX enables optional DC fast charging at up to 195kW, allowing the battery to be charged from 10 percent to 80 per cent in 35 minutes for the xDrive 50 variant. The iX xDrive 40, meanwhile, takes just 31 minutes to charger from 10 percent to 80 percent using a DC charger.

BMW also provides an 11kW AC wallbox fast charger with the iX, using which the batteries can be topped up from 0 percent to 100 percent in less than 11 hours for the xDrive 50 variant, while xDrive 40 version takes about 7.5 hours. It, however, remains to be seen if BMW provides the AC wallbox charger as standard with the iX, like its rivals.

The design of the BMW iX was first previewed by the iNext Concept from 2017. It’s a very futuristic and fresh take on the BMW look, with several EV-specific bits that set it apart from the brand’s ICE-powered models. The face of the iX is characterised by BMW’s unmistakable and rather large kidney grille. Although, without the need to feed air into the radiator, the grille is sealed off and houses several cameras, radar and sensors needed for driver assistance systems. In the iX, BMW’s traditional corona light graphic has been replaced by a quartet of light bands in the upper part of the slim headlamp assemblies. The tail-lamps, too, have a similar sleek design.

In M Sport guise, the front bumper features sharp, angular design cues with air vents for aerodynamic efficiency, while the rear bumper is smoother and less aggressively sculpted. Other design highlights of the iX include frameless doors, fixed B-pillars, a fixed clamshell-style bonnet and tapered glasshouse. The iX can ride on up to 22-inch aerodynamically optimised rims and 275/40 profile rubber. 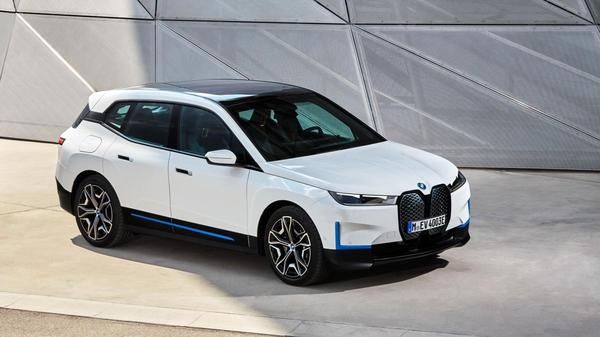 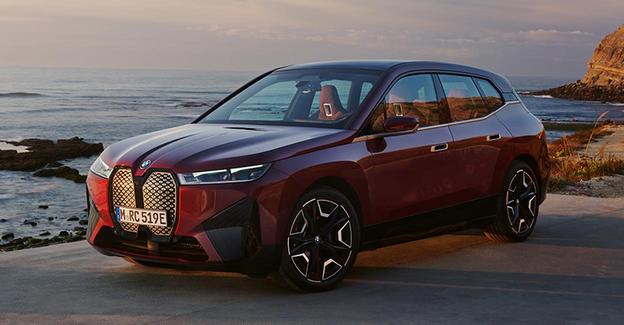 While the iX is sized similarly to aBMW X5, its interior space is more comparable to that of theX7, thanks to the dedicated electric architecture. The iX features a spacious interior with a flat floor and natural materials. It also uses recycled plastics, including a new microfibre fabric for the seats. The real highlight of the interior is, however, the hexagonal steering wheel and the massive curved display that doubles up as an instrument cluster and infotainment unit. The single-piece curved glass groups a 12.3-inch instrument cluster and a 14.9-inch infotainment display, both of which are angled towards the driver. It also gets a newly designed head-up display.

This being an EV, there’s no centre console, but the controls for the drive selector and BMW’s iDrive rotary controller are set within the forward section of a high-mounted armrest. Other controls are set within the upper part of the door trims. The iX has a boot capacity of 650 litres.

The BMW iX will rival the likes of theMercedes-Benz EQC,Audi e-tron SUV and Sportback and theJaguar I-Pace in India. And while we do not have specific details about which variants would be offered here in India, the BMW iX is expected to be priced similarly to its rivals, which means it will be north of Rs 1 crore (ex-showroom).

Next: Facelifted Audi Q7 Goes On Sale In India At Rs 80 Lakh