Although traditionally closed off to overseas investors, China’s financial markets have gradually been loosening restrictions over the past couple of decades. At the same time, reforms have sought to make it easier for Chinese companies to list on onshore stock exchanges, and new programs have been launched in attempts to lure some of China’s most coveted overseas-listed companies back to the country.

In this article, we introduce the different stock exchanges on the Chinese mainland, how different shares are classified, and what avenues are available for foreign investors to participate in the world’s fastest-growing capital market.

Did you know? On China’s stock markets, red is used for up and green for down.

The SSE was the first modern stock exchange to open in China, with trading commencing in 1990. It has now grown to become the largest stock exchange in Asia and the third-largest in the world by market capitalization, which stood at RMB 50.6 trillion (US$7.8 trillion) as of September 2021. Stocks (both A-shares and B-shares), bonds, funds, and derivatives are traded on the exchange.

The SEE has two trading boards, the Main Board and the Science and Technology Innovation Board, the latter more commonly known as the STAR Market. The Main Board mainly hosts large, well-established Chinese companies and lists both A-shares and B-shares.

The STAR Market, as is implied by the name, is heavily geared toward smaller innovative tech companies, in particular those engaged in strategically important fields, such as biopharmaceuticals, 5G technology, semiconductors, and new energy. The STAR Market currently has 340 listed securities.

The STAR Market is seen as important for China’s high-tech and emerging industries, providing a space for smaller companies to raise capital in China. This is especially significant for technology companies that may be viewed with suspicion on overseas stock exchanges.

The SSE is directly administered and run as a non-profit by the China Securities Regulatory Council (CSRC). Companies listed on the SSE are required to submit an annual audited report, as well as quarterly reports, which can be unaudited.

The Shenzhen Stock Exchange (SZSE) is a stock exchange based in the city of Shenzhen in southern China’s Guangdong province. Launched shortly after the SSE, the SZSE has grown to become the seventh-largest in the world, with a market capitalization of RMB 37.4 trillion (US$5.7 trillion) as of September 2021. The SZSE offers trading in A-shares and B-shares, funds, asset-backed securities, bonds, and options.

The SZSE has two main trading boards, the Main Board, and the Growth Enterprise Market (GEM) board, also known as the ChiNext. A previous board, the SME board, was merged with the Main Board in April 2021.

Launched in 2009, the ChiNext mirrors the Shanghai STAR Market, focusing on small up-starts, in particular those in high-tech and emerging industries. In 2020, the CSRC allowed unprofitable companies to list on the ChiNext.

The SZSE is operated and regulated independently under the supervision of the CSRC.

The NEEQ and the upcoming Beijing Stock Exchange

On September 2, 2021, Chinese President Xi Jinping announced the creation of a new stock exchange in Beijing for small and medium-sized enterprises (SMEs). The new board will focus on innovation-oriented companies as a way of boosting strategic emerging and high-tech industries, and to provide a much-needed injection of capital for SMEs.

The Beijing Stock Exchange (BSE) will be 100 percent controlled by the National Equities Exchange and Quotation (NEEQ). The NEEQ, also known as the “New Third Board”, is an exchange for over-the-counter trading of stocks in smaller ‘public limited companies’. It is largely seen as a kind of entry-level system for smaller companies to raise capital before being able to list on the SSE, SZSE, or overseas.

By the end of 2020, there were 8187 SMEs listed on the NEEQ, raising a total of RMB 33.9 billion (US$5.3 billion) over the course of the year. Access to the NEEQ’s SME stocks is currently only granted to domestic investors and foreign investors designated as Qualified Foreign Institutional Investors (QFII) and Renminbi (RMB) Qualified Foreign Institutional Investors (RQFII). At present, it remains unclear to what extent the BSE will be open to foreign investors, but it is likely it will adopt similar rules to the NEEQ and allow foreign investors to participate through the QFII and RQFII programs.

The opening date of the BSE is yet to be announced.

China’s stock markets offer a variety of different financial products. Shares of Chinese companies are separated into different ‘share classes’. The different classes denote several characteristics, including the trading currency, type of company, location of the listing, and accessibility.

Some companies will list multiple classes of shares or list concurrently on different stock exchanges in order to reach a wider pool of investors. Companies that list on both a domestic and foreign stock exchange will necessarily also be issuing different share classes.

Below we provide a brief overview of the different financial products that investors can trade and the different share classes that Chinese companies (including those incorporated overseas) can issue. 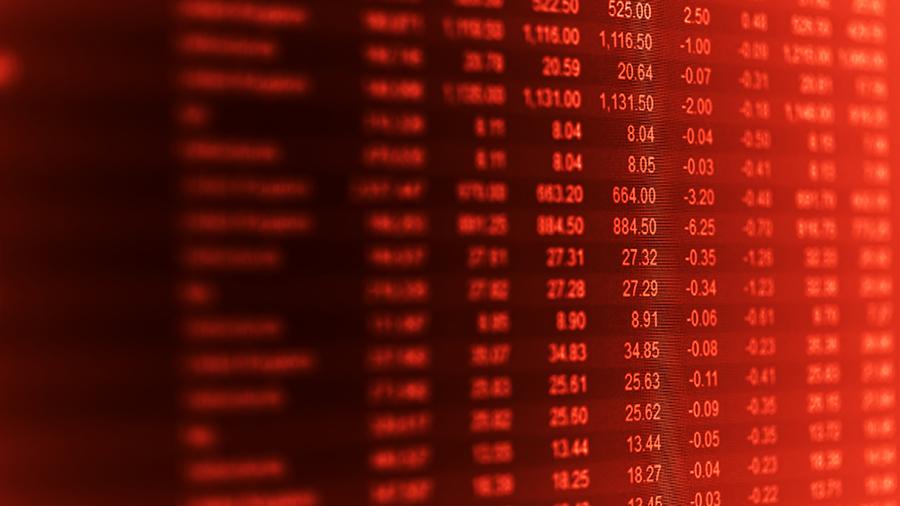 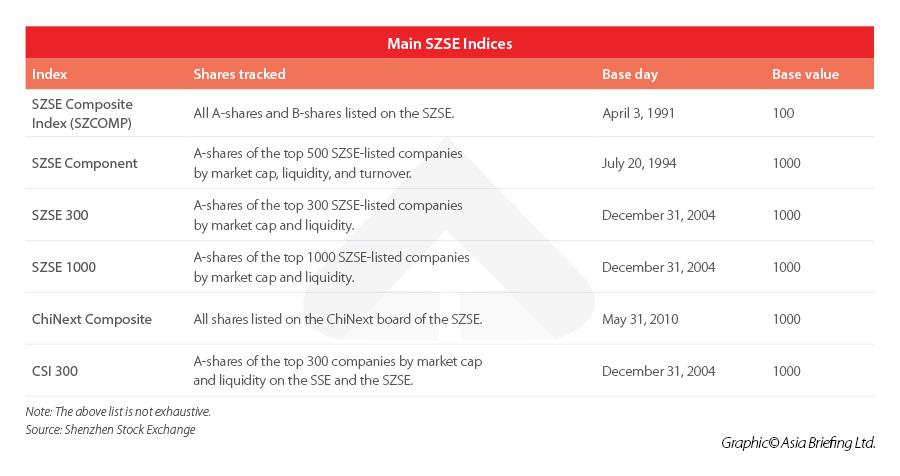 A-shares are RMB-denominated stocks of companies incorporated in the Chinese mainland and listed on one of China’s stock markets.

A-shares have in the past only been accessible to Chinese citizens but have gradually been opened up to outside investors through programs such as the QFII, RQFII, and Stock Connect programs. However, as foreign investors and institutions must meet certain eligibility criteria to participate in these programs, A-shares are still not fully accessible to non-Chinese investors.

B-shares are open to foreign investors and domestic investors with foreign currency accounts. Examples of companies with B-shares include Hainan Airlines and the real estate giant Vanke, which are listed on the SSE and SZSE respectively.

H-shares are shares issued by companies incorporated on the Chinese mainland and listed on an overseas exchange, most commonly the Hong Kong Stock Exchange (HKEX). H-shares are denominated and traded in HKD and are fully accessible to foreign investors.

Examples of N-share companies include the likes of Alibaba Group and Baidu Inc., both of which are incorporated in the Cayman Islands and are listed on the NYSE and Nasdaq, respectively.

Red chip shares are denominated and traded in HKD and are fully accessible to foreign investors.

An example of a red chip company is the electronics giant Lenovo, which is partially owned by the Chinese government and incorporated in Hong Kong.

P chip shares are shares issued by companies incorporated outside of the Chinese mainland and listed on the HKEX. Unlike red chip companies, P chip companies are privately owned. They are also most commonly incorporated in Hong Kong. P chips are denominated and traded in HKD and are fully accessible to foreign investors.

Chinese companies wishing to reach investors in overseas stock exchanges can also choose to do so by issuing depository receipts (DRs). DRs are not technically shares, rather a certificate issued by a bank representing the share of a foreign company. To issue DRs, a portion of a company’s shares listed on an overseas stock exchange is transferred to a custodian bank. The bank can then issue certificates representing the share in the foreign company to investors in the domestic stock market.

Overseas companies who want to float shares on Mainland China’s stock markets can in some cases also do so by issuing Chinese Depositary Receipts (CDRs). This system was introduced primarily to incentivize Chinese companies that are incorporated and listed overseas to raise capital on domestic stock exchanges, but it has also been expanded to non-Chinese companies in some scenarios.

China’s stock exchanges also offer exchange-traded funds (ETFs). ETFs are funds that track different stock exchange indices or assets, such as a commodity, and are traded on stock exchanges in the same way shares are. ETFs provide allow investors to speculate on a whole market or sector, rather than a specific company, and also enable foreign investors to invest in A-shares that are otherwise off-limits by trading composite index funds.

For example, an investor can invest in an ETF that tracks the SSE Composite (SHCOMP), the SSE’s main index, which tracks all A-shares and B-shares listed on the market.

Participating directly in the A-share market is more strictly regulated. There are currently two ways in which foreign investors and institutions can trade in China’s A-share markets: through the QFII and RQFII programs and the Stock Connect program.

The QFII and RQFII programs are a system that allows licensed foreign institutions to trade in A-shares on the Shanghai and Shenzhen stock exchanges.

When first launched, several strict eligibility requirements were imposed on the QFII program, such as a minimum requirement on assets under management (AUM) and investment quotas. The RQFII was introduced later to help push the internationalization of the RMB by enabling investors to use offshore RMB, rather than foreign currencies that are converted to RMB, as required by the QFII program.

Today, the two programs have, for all intents and purposes, been largely consolidated. Regulatory departments have also relaxed eligibility requirements, expanded the scope of available investments, and removed investment quotas.

Under the current rules, a company can apply for QFII status if it meets the following requirements:

The measures also expanded the scope of financial products that foreign institutes can participate in. The current scope includes, but isn’t limited to:

In addition, QFII and RQFII-licensed companies can now choose to invest in either RMB or a foreign currency.

Below are the eligibility criteria for securities and investors to take part in the three Stock Connect programs.

The Stock Connect programs are currently the most common way through which foreign investors participate in China’s stock markets.

Although China is still considered an emerging stock market by most observers and still imposes much tighter restrictions on market access than other developed markets, recent developments have shown that the country is keen to continue on the path of opening its financial sector to the world.

Recent years have also seen the launch of a host of other programs aimed at strengthening cross-border trading, such as the Bond Connect program with Hong Kong. The CSRC has also said it will continue to explore opportunities to improve and expand the scope of the current Stock Connect programs while strengthening ties with overseas regulators to supervise the listing of Chinese companies on overseas stock exchanges.

Investors interested in trading in Chinese stocks on both Chinese and overseas stock exchanges are advised to closely monitor the latest policy updates and regulations for news on investment channels and rules, in particular those issued by relevant regulatory authorities, such as the CSRC and State Administration of Foreign Exchange (SAFE) in China, the Securities and Exchange Commission (SEC) in the U.S., and the FCA in the U.K.

This article is for information only. Dezan Shira & Associates do not provide financial investment advisory services and are not licensed to do so. We do not accept any responsibility or liability for any transactions made following information provided in this article. Please contact your licensed financial services provider or banker to inquire about such services.

China Briefing is written and produced by Dezan Shira & Associates. The practice assists foreign investors into China and has done so since 1992 through offices in Beijing, Tianjin, Dalian, Qingdao, Shanghai, Hangzhou, Ningbo, Suzhou, Guangzhou, Dongguan, Zhongshan, Shenzhen, and Hong Kong. Please contact the firm for assistance in China at china@dezshira.com.