Don’t think that your current Wear OS smartwatch will benefit from the cooperation between Google and Samsung. Fossil executives Greg McKelvey and Steve Prokup said in an interview with CNET that the company’s existing Wear OS watches will not be upgraded to Redesigned software. Unfortunately, your Fossil Gen 5 may get stuck on the aging interface.

If you want Fossil wristwear using the latest software, you'll have to pay. McKelvey said the company was planning a lone "premium" Fossil watch (Gen 6?) to lead the charge in the fall, with sub-brands like Michael Kors and Skagen releasing equivalents. This device would boast some "pretty major hardware upgrades," Prokup said.

Past models would most likely get price cuts to serve as the budget options in Fossil's lineup. McKelvey added that full-fledged smartwatches have been "much more successful" than hybrid models, suggesting these analog-digital mixes wouldn't be the focus in the future. 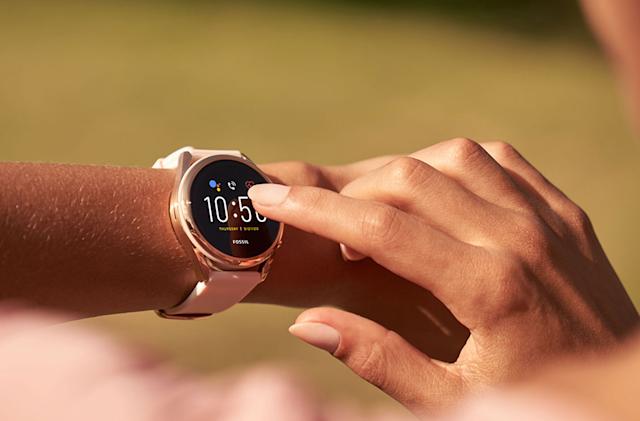 tform, but also that Google, Samsung, and brands like Fossil are taking calculated risks. They appear willing to leave current owners behind if it improves the chances of attracting more buyers going forward.

Update (5:42 PM ET): Fossil has released a statement seeking to clarify the situation. You can read it in full below, however the exact content of future updates remains unknown.

At Fossil, our product and engineering teams continue to innovate on the Gen 5 and Gen 5E smartwatches, which will result in new software features being launched later this year and into next year.With regards to the operating system, we will be leveraging the unified platform announced at I/O, and our policy is to bring the maximum amount of innovation that Google will enable to each of our generation of smartwatches.Future upgrade plans are still being developed, and we will continue to make announcements later this year.

For more detailed information about our smart watch platform that will be launched this fall, we will share more information with you soon!

Prev: Apple opened an affiliate program before the launch of podcast subscriptions

Next: The new UI of Apple Maps is a boon for navigation challengers