Android tablets have existed for over a decade now. However, not much since the category's inception has changed: most of the apps are still now optimized for tablets, and with increasing phone screen size, there's no real reason so as to why one should opt for a tablet over a smartphone. However, Google’s CTO of tablets Rich Miner thinks this is about to change.

On The Android Show, Miner has explained why he thinks tablets will soon takeover laptops. He says that during COVID, tablet adoption saw unprecedented growth. In addition to the increasing tablets sales, keyboard peripherals attachments have also increased suggesting people are using a tablet for productivity and not only content consumption.

The belief is that tablets started to be just much better for things beyond consumption and were being used for creativity and productivity and there was a need for more screens and devices to support that.

I actually think that there’s going to be a crossover point at some point in the not too distant future where there are more tablets sold annually than there are laptops. I think once you cross over that point, you’re not going to be coming back.

He then adds that most modern-day tablets are as capable as a laptop and "less expensive than a laptop." He says that tablets shipment was almost as much as laptops at some point in 2020, and it will continue post-COVID. Miner then goes on to say that developers should take the benefit of the upcoming Android 12L that is destined for large screen devices such as tablets and foldables.

He says that there are a number of libraries in Android 12L that will improve the user experience. He encouraged developers to build tablet-first apps:

If tablets really are going to become this new device for people to be creative and productive, what new apps would take advantage of people who may be doing things stylus-enabled out of the gate? What does that mean for the mobility that you have with a tablet that you don’t even quite have with a laptop?

I actually think there is going to be another wave of apps here that are thinking tablet-first. What can I do with that larger screen that maybe I couldn’t easily do with something that was physically connected to a keyboard? 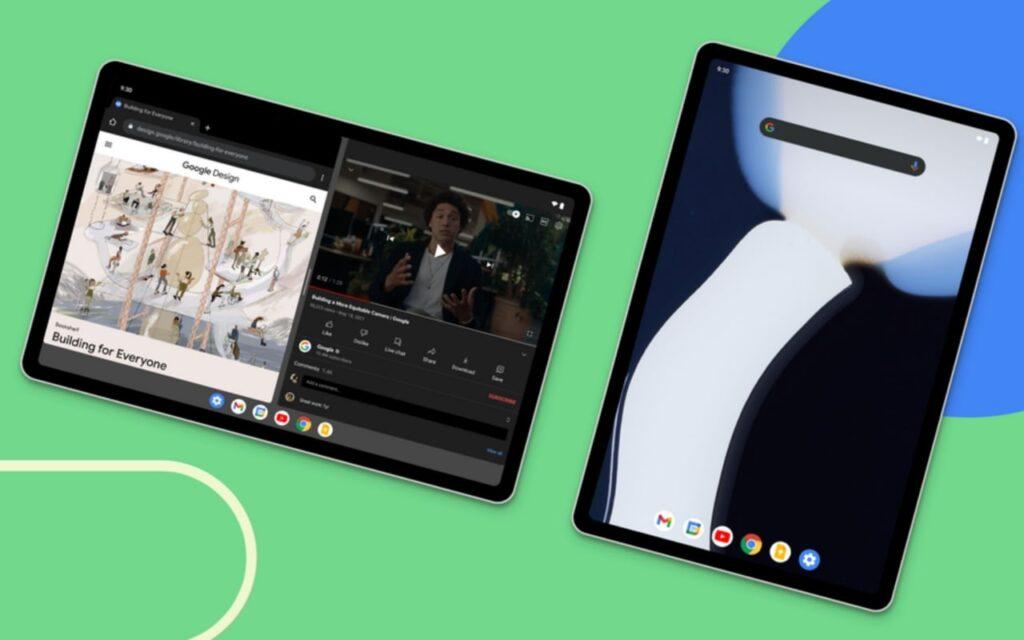 These are the best deals on Galaxy Tab S8 Series

Are you planning on buying a device from Samsung's Galaxy Tab S8 Series? To help you get the best value, here is a collection of the best available deals.

Check out the latest deals available at Amazon.com, where you will find the previous-generation iPad Air and other great products on sale

On today’s Pocketnow Daily, we talk about Samsung's actions after been caught throttling its flagship devices, new MacBook Air rumors, and more.

You can score great savings on the latest iPad Air models that feature Apple's M1 processor. The Garmin fenix 6 Pro Solar and other amazing options are also on sale

According to a new report, Apple is working on a new category of desktop Mac called Mac Studio. It is said to sit in between Mac mini and Mac Pro. Learn more about the upcoming Apple Mac Studio here.

Apple’s AirPods Pro, OnePlus 9, and other great products are on sale

Check out the latest deals available on some of Apple's best earphones, including the AirPods Pro, the third generation AirPods and other great products

According to a new report, Apple is developing an even higher resolution display than Pro Display XDR called Apple Studio Display. Here's everything you need to know about it.

Volvo today announced that it will start testing a wireless charging technology for its electric vehicles. The tests will be conducted in Gothenburg, Sweden, and take over three years.

According to some new information, Android 13 may go a step further and introduce a Hub Mode for tables, and even more improvements for tablets and other large-screen devices.

Samsung Galaxy M23 and M33 are unveiled with 6.6-inch displays and 50MP cameras

Samsung appears to be having a busy day, and it just unveiled the brand new Samsung Galaxy M23 5G and Galaxy M33 5G affordable smartphones. Here are the specifications.

Samsung Galaxy A13 and A23 are officially unveiled with 6.6-inch displays

The Galaxy A series are some of the best-selling Samsung smartphones, and the Galaxy A13 4G and A23 4G are the latest additions to join the lineup.

In a new announcement, the Xbox announced several new games coming to the platform, new updates to existing games, and new features that are finally making their way to the Xbox app on Windows.

Xiaomi 12 and 12 Pro prices leak ahead of global launch

Prev: www.androidpolice.com Buy a Galaxy Tab S8 or S8+, get up to $75 in Amazon credit