Over the last few years, Tribit has made several Bluetooth speakers that deliver a lot of boom for the buck. Add its new XSound Mega to the list. While it lists for $100, it's currently on sale at Amazon for a limited time. If you clip the instant 40% off coupon on its product page, the price goes down to $60, making it a nice bargain.

In some ways it's the successor to the Tribit MaxSound Plus, which sells for around $50 is also a good value. That speaker is rated at 24 watts while this one is rated at 30. The XSound Mega also weighs more, about 2 pounds versus 1.3 pounds for the MaxSound Plus. Both are rated for 20 hours of battery life at moderate volume levels and are IPX7 waterproof.

From a connectivity standpoint, you get Bluetooth 5.0 for wireless streaming and an auxiliary input for connecting a device with an included aux cable. It also offers both USB-C and USB-A out charging at 5 volts, so you can charge your smartphone or tablet (or both). The speaker charges via USB-C. 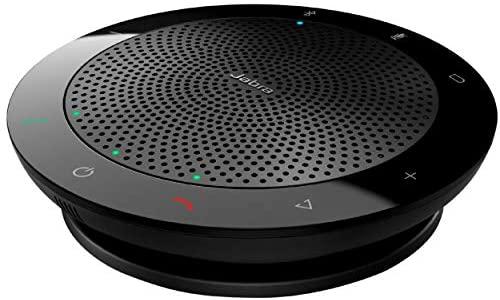 Tribit is billing the XSound Mega as more of an outdoor speaker -- a lanyard is included for toting it around as a sort of mini boombox -- but it works just fine indoors. You can turn the LED light show on or off and there are three EQ settings for sound: XBass, Music and Audiobook. I mainly left it on XBass for my testing. As its name implies, that mode provides the most bass -- and the bass is surprisingly plump and well-defined for a speaker this size.

In my tests, the speaker compared pretty favorably to the $180 JBL Charge 5. As I said, there's plenty bass and the speaker plays loud for its size with decent clarity. That said, it's a mono speaker with a single driver and two bass radiators -- that's how you get all that bass. So while you can expect big sound, the soundstage doesn't feel all that wide, particularly at lower volumes (interestingly, it sounds better at higher volumes).

The same can be said for a lot of these compact Bluetooth speakers, but it's worth pointing out so you don't except audiophile quality from this speaker. Also, the speaker is listed as only supporting the SBC audio codec, not the slightly higher fidelity AAC or aptX codecs.

All that said, you'd be hard-pressed to find a portable Bluetooth speaker that sounds better than this for $60 and the light show is an added bonus for those who appreciate a Bluetooth speaker with a little added flair.

Now playing:Watch this: What to Know About Bluetooth Speakers6:09CNET Cheapskate

Subscribe to our daily spotlight on the best tech deals on the web -- from phones to speakers and more.

Next: screenrant.com Sony's Making Its Own iPhone SE 3, And It Just Leaked In Full