Most smartphones include a default voice assistant, Siri, on iPhones, Bixby on some Samsung phones, and Google Assistant on most Android devices. To use Alexa or other voice assistants usually requires an app and touching a button to activate it. The two new OnePlus smartphones still need users to download the app to access to Alexa, but once it is on the phone and set up, the standard wake word can be used to get Alexa to open apps, make phone calls, and otherwise manage the phone. Users can call up any Alexa skill from Amazon’s digital store as well. The smartphone becomes a small Alexa-powered smart display. OnePlus is also planning to enable the smartphone to connect wirelessly to compatible smart televisions. 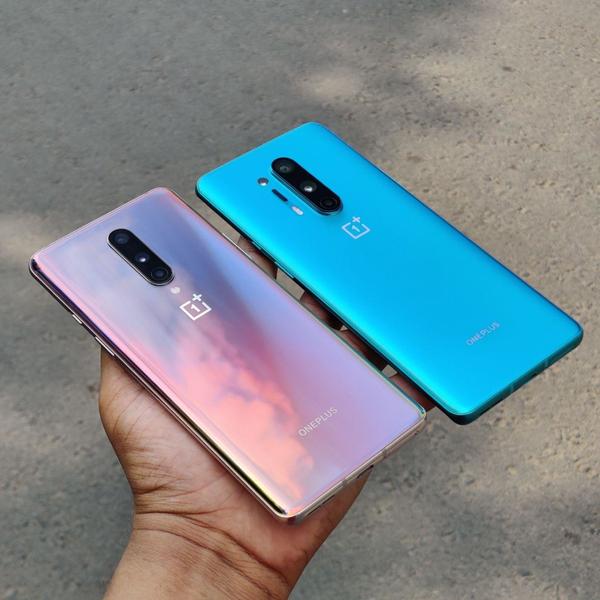 The new smartphones are not cheap, at least for Android devices. The OnePlus 8 and OnePlus 8Pro start at $700 and $900 respectively. That puts them above most Android phones and in the realm of iPhones. The price tag isn’t just for the rarity of the multiple voice assistant feature. The hardware is also high-end, including a 48 MP camera and 12 gigabytes of RAM.

“The OnePlus 8 series is the most powerful and beautiful flagship smartphone series we have ever created,” said OnePlus CEO Pete Lau said in a statement. “The seamless immersive viewing experience provided by the OnePlus 8 Pro’s industry-leading 120Hz display, and the sleek design and compact form factor of the OnePlus 8, together deliver a burdenless, premium user experience like never before.”

The OnePlus smartphones mark another step forward for Amazon’s efforts to encourage interoperability among devices with voice assistants. The push gained traction in September when Amazon created the Voice Interoperability Initiative. The Initiative uses the same language about a “commitment to providing customer choice and flexibility to interact with multiple voice services” used by OnePlus in its announcement of the new phones. Amazon is easily the biggest of the few dozen members and the only major voice assistant developer to be part of the initiative.

When the organization began, it seemed focused specifically on smart speakers and smart displays, only hinting at potentially expanding into smartphones. The OnePlus phones make it clear that that time is now. Amazon’s eagerness to tout interoperability with smartphones compared to how it entices people to use Alexa in smart home devices exclusively makes sense for Amazon, considering the failure of the Amazon Fire Phone.

Next: The OnePlus Buds Pro feature smart ANC and a white-noise mode