Apple co-founder Steve Wozniak expects the price of bitcoin to hit $100,000. “I just really feel it from all of the interest,” he explained. “The interest in crypto is so high.”

Apple co-founder Steve Wozniak shared his view on cryptocurrency in an interview on the Wild Ride with Steve-O podcast, published last week.

He began by sharing his bitcoin investment experience. “I bought a bunch of bitcoin at the start to say how do you play with this new thing? How do you buy something online? I conquered that. How do you buy things in other countries, and how would you pay for a donut in another country? How do you find an ATM that works on your bitcoin? I want to experiment and learn it all,” the Apple co-founder described, adding:

And then bitcoin went way up. Well, I got scared and I sold all my bitcoin except one bitcoin.

Wozniak explained that his purpose is “to have enough to play with, experiment with, but not make money on.” However, “two times it’s gone way up and made money,” he noted.

The Apple co-founder proceeded to make a prediction about the price of bitcoin: 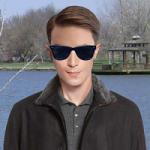 He explained: “I just don’t know where you get that feeling. I can’t put any mathematics to it. I just really feel it from all of the interest. The interest in crypto is so high.”

Wozniak further revealed that he recently “put a bunch of money” into an online wallet at the Nasdaq-listed crypto exchange Coinbase. “Pretty much, it’s sitting right where it was right now. [It] went way up, it doubled, and then it halved again,” he shared.

While the Apple co-founder has some money in bitcoin, he explained that he’s not an investor.

“I don’t invest,” he said. “I’ve never invested in stocks in my life. I’ve never used Apple Stock on the iPhone. Ever. Because why? It goes to my happiness formula.” He opined:

Tags in this story

What do you think about Steve Wozniak’s prediction? Let us know in the comments section below.

A student of Austrian Economics, Kevin found Bitcoin in 2011 and has been an evangelist ever since. His interests lie in Bitcoin security, open-source systems, network effects and the intersection between economics and cryptography.

Gwyneth, Shaq, Paris, Eminem — A Deep Dive Into the NFT Collecting Habits of the Rich and Famous

Disclaimer: This article is for informational purposes only. It is not a direct offer or solicitation of an offer to buy or sell, or a recommendation or endorsement of any products, services, or companies. Bitcoin.com does not provide investment, tax, legal, or accounting advice. Neither the company nor the author is responsible, directly or indirectly, for any damage or loss caused or alleged to be caused by or in connection with the use of or reliance on any content, goods or services mentioned in this article.

Next: Dbrand leather skin review: Slap a cow on your phone