Otterbox has unveiled a brand new Power Bank for charging your iPhone 12 and iPhone 13, as well as other devices like AirPods.

The new Wireless Power Bank for MagSafe has two-way charging capability for wireless output to a phone and input to the bank at the same time. It works with Apple's best iPhone, the iPhone 13, as well as the iPhone 12 through MagSafe, so can be attached to your phone for charging on the go or in the house. However, thanks to its two-way capability it can also be charged while charging your iPhone on a dock, or from a phone while you charge a device like your AirPods. 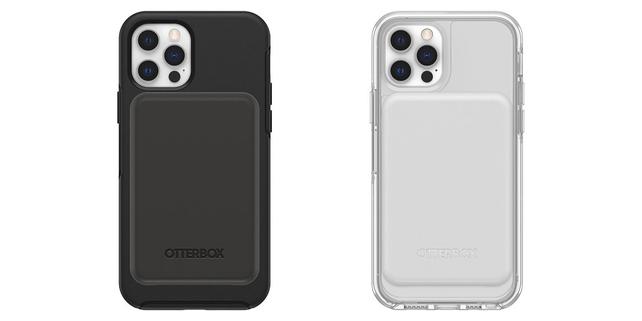 It also has an indicator to display charge status and battery life by way of an LED. A dual-direction USB-C port also means that you can charge the bank with a cable while it charges another device, or you can power another device by cable while the bank charges wirelessly through MagSafe.

The bank is available in both black and white. The case has also been designed with durability in mind and is protected from drops thanks to its rugged design. Furthermore, it will work with MagSafe cases including Otterbox's own offerings, the Defender Series XT, Defender Series XT Pro, Symmetry Series+, Aneu Series, and Figura Series. There is no confirmation it works with other MagSafe cases however this seems likely given the design.

From the Editor's desk

Editor’s Desk: Was Apple’s first event of the year a dud?

Apple is one of a number of countries in Russia under threat of nationalization in Russia, following its decision to suspend operations in the country.

Buying a Mac Studio? It might not arrive before WWDC...

A quick glance at the Apple website reveals that some of the more expensive versions of the Mac Studio will take 12 weeks to ship to customers.

Apple Wallet has got some healthy competition

Since Apple's MagSafe system came out in 2020, plenty of iPhone accessory manufacturers have churned out new accessories in answer. These are the best MagSafe wallets, both Apple and otherwise.

Prev: Adventure Travelers Swear by This Portable Charger That Also Works as a Flashlight and Compass

Next: Windows 10 version 20H2 almost as popular as version 2004, according to AdDuplex