Home > Samsung > Realme GT Neo 3: Everything you need to know

The focus of Realme's MWC debut was undoubtedly its latest GT 2 Pro flagships, however, the company did also tease the existence of the Realme GT Neo 3, which is set to feature class-leading 150W fast charging, when it launches later this month.

Signs of the phone's arrival have continued to surface ever since, with the promise of its formal launch much sooner than expected. Based on rumours, official information and by looking at the Neo 3's predecessors, we can build a picture of what to expect from this newest member of the line.

When does the Realme GT Neo 3 go on sale?

While we don't yet have a formal launch date for the phone, on 10 March the company's CMO Xu Qi Chase shared an official teaser poster for the phone on his own Weibo account, in which the final line reads (machine translated from Chinese), "see you this month."

Chase's tease is assumed to be in reference to a China-only release, partly due to his focus on regional launches more often than not and that fact that the Neo 3's initially expected launch window was the second half of 2022.

Prior to the poster's reveal, the company's Madhav Sheth confirmed to Tech Advisor during a press Q&A session following the international launch of the GT 2 and 2 Pro at MWC, that the Neo 3 would be arriving later this year "in the first half of H2."

This suggested a release window between July and September 2022, with last year's GT Neo 2 first arriving in China in September 2021 and making its way to markets internationally by mid-November. The original GT Neo, meanwhile, never made it outside of China but launched in the region in late March 2021.

With this all in mind, if Chase's promise of a March launch is specifically for the Chinese market, Sheth's previous statements may still also ring true as well; with an international release coming sometime after June, this year.

How much is the Realme GT Neo 3?

Even with entries like the GT 2 Pro pushing the top end of Realme's price range even higher, the company has always prioritised value for money as one of its products' key selling points. 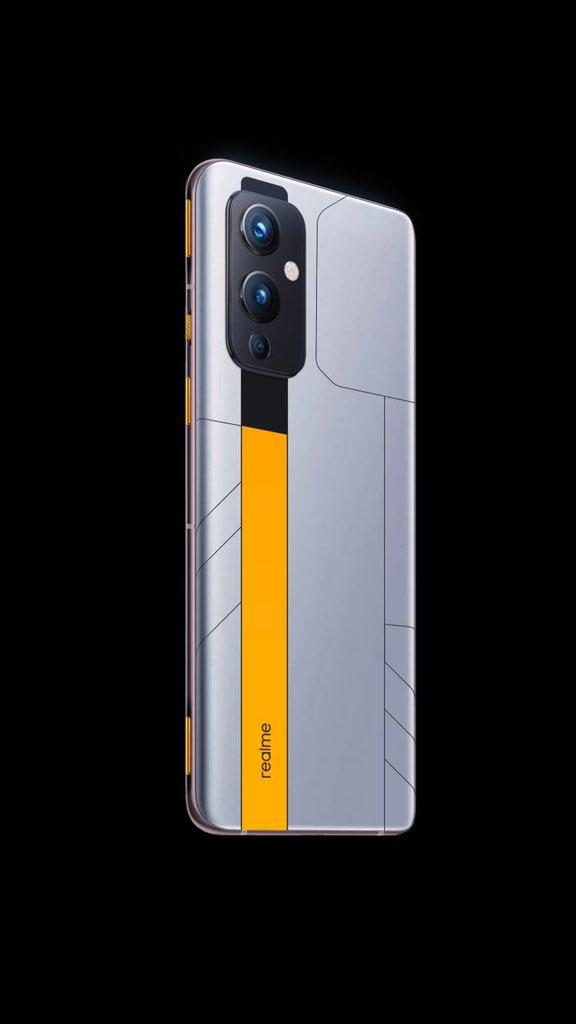 As such, while likely being the first phone (unless Oppo has something to say about it) on the market to boast 150W charging, even with the added cost that adding such technology might incur, we expect the GT Neo 3 to offer competitive pricing, just as its predecessors did.

With the 'affordable flagship' archetype that the existing GT Neo line's pricing centres around, it stands to reason that the GT Neo 3 has the potential to hit the market from around ¥2,999/€550.

What features does the Realme GT Neo 3 offer?

Realme first officially acknowledged the GT Neo 3 at the European launch of the GT 2 series but didn't even show imagery of the device, with only a single physical demo at their booth with developmental hardware showing off the phone's forthcoming signature 150W 'UltraDart' charging.

#AchievementUnlocked How many seconds do you think was needed for us to go from 0% to 50%? #realme #UDCA #UltraDart pic.twitter.com/IpKwIg742n

A day later, the company also confirmed that MediaTek's newly-unveiled Dimensity 8100 chipset would reside at the heart of the Neo 3. While the Dimensity 9000 is MediaTek's answer to the likes of the top-tier Snapdragon 8 Gen 1, the 8000 series (currently consisting of the Dimensity 8000 and 8100) operates on a fractionally larger 5nm die with an octa-core configuration comprised of four Cortex-A78 big cores and four Cortex-A55 small cores, accompanied by a Mali-G610 MC6, which relies on ARM's latest GPU architecture.

Between the two, the Dimensity 8100 supports higher CPU and GPU frequencies, compared to the standard 8000, while the series as a whole also offers support for WiFi 6E and Bluetooth 5.3 standard (whether these are the specs we'll see in the Neo 3 remains to be seen).

MediaTek suggested that the first phones running on 8000 series SoCs could arrive as soon as March 2022, however, which despite contradicting Sheth's original time frame, aligns perfectly with Chase's statement on the Neo 3's release.

Separately, the phone has already appeared on Chinese certification site TENAA, under the model numbers RMX3560 and RMX3562. Based on the listing, the Neo 3 will reportedly sport a 6.7in 120Hz Full HD+ AMOLED display with an in-display (presumably optical) fingerprint sensor, while that Dimensity chipset looks set to be supported by up to 12GB of RAM and 512GB of storage.

Imagery from both the TENAA entry and tipster OnLeaks (in collaboration with Zollege) reveal a new camera layout compared to anything we've seen from the company's current portfolio, with what is reportedly an OIS-supported 50Mp primary sensor, along with supplementary 8Mp and 2Mp sensors, while on the front sits a 16Mp hole-punch front-facing camera.

The design has since been verified by Chase's teaser poster, which partially reveals the back of the phone, centring on the camera module. It also looks reminiscent of the module found on Xiaomi's latest flagship 12 series.

As GT Neo 3 rumours and leaks seem to be growing in frequency, we'll be keeping this feature up to date; so check back frequently.

Next: The best multiplayer games on Nintendo Switch