Home > Samsung > Redmi Watch 2 Lite launching in India on March 9, here is what to expect

Redmi India is set to launch the Redmi Watch Lite 2 in India on March 9 along with the much talked about Note 11 Pro series phones. The Watch 2 Lite was announced in November last year and has been selling in Europe. Redmi India has confirmed the launch through a social media post. The post doesn't reveal much about the Redmi Watch 2 Lite but, shows different watch faces. Since the watch has already launched in other markets, we know about most of its features.

The watch comes with a 1.55-inch TFT touchscreen that provides a resolution of 360 x 320 pixels while the PPI density is 311. The watch weighs 35 grams and sells in multiple colour options like Black, Blue, and Ivory. It packs a non-removeable Li-Ion 262 mAh battery while the sensors include an Accelerometer, heart rate, gyro, compass, and SpO2. The device is built with a plastic back and plastic frame. The Redmi Watch 2 Lite features IM and Email facilities and runs on a proprietary operating system. 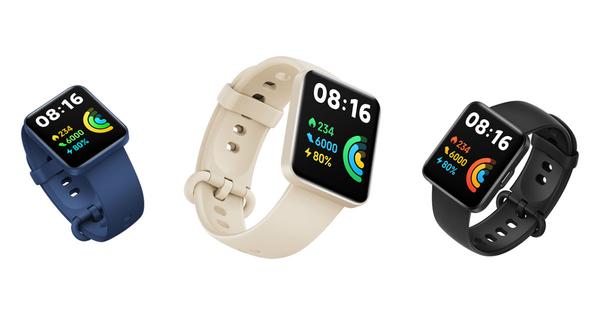 Apart from this, it also gets support for A-GPS, GLONASS, GALILEO, BDS while there is no NFC, Radio, USB, and 3.5mm jack. The watch supports over 100 sport modes, GPS (with Galileo, GLONASS, and BDS), up to 10 days of claimed battery life, and has 5 ATM water resistance. It can track heart rate, steps, blood oxygen levels, and more.

Redmi is also set to update the Note series on March 9 with the introduction of Note 11 Pro and Note 11 Pro+ 5G. Both these smartphones are expected to be positioned in the mid-range category and bring a number of exciting features to the line-up. They are likely to have a 6.67 FHD+ AMOLED display with a 120Hz refresh rate, 1200nits peak brightness, DCI-P3 colour gamut, 360Hz touch sampling rate, and Corning Gorilla Glass 5. The 4G model is likely to be powered by the MediaTek Helio G96, while the Note 11 Pro+ 5G may pack the Snapdragon 695 SoC.

Both phones should have a 5,000mAh battery with 67W fast charging support.

They will run Android 11 based MIUI 13 custom skin out of the box and have a side-mounted fingerprint sensor for security. The camera system is also likely to be the same. The 4G model might be equipped with a 108-megapixel primary sensor with an 8-megapixel wide angle sensor and a couple of 2-megpaixel sensors for depth and macro. The 5G model will skip the depth sensor.

Prev: NFC POS Terminal Market worth US$ 11,503.09 million by 2027 – Exclusive Research by The Insight Partners