Trinity Wall Street, one of New York’s wealthiest and most powerful churches, said on Saturday that it was placing its high-profile director of music on leave as it investigates an allegation of sexual misconduct against him. 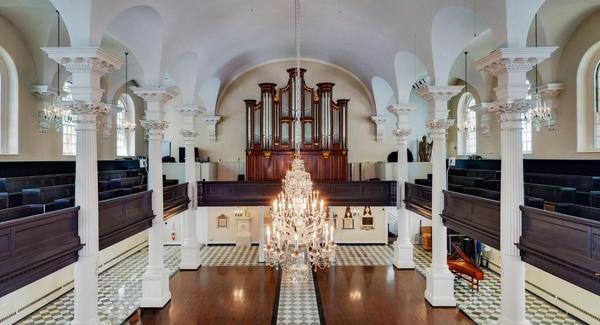 The director, Julian Wachner, a highly-regarded conductor, composer and keyboardist who has been a fixture at the church for more than a decade, has been accused by a former Juilliard employee, Mary Poole, of sexual assault. Ms. Poole said in an interview with The New York Times that during a music festival in 2014, Mr. Wachner pushed her against a wall, groped her and kissed her, and that he ignored her demands that he stop. Mr. Wachner denies the accusations.

In a statement to The Times on Saturday, Trinity did not mention Ms. Poole by name but said the church first learned of “allegations of sexual misconduct” against Mr. Wachner last month from social media. Ms. Poole recently posted a detailed account of her encounter with Mr. Wachner on her social media accounts, saying, “I was totally violated.”

Trinity said it had hired outside counsel to investigate. “Julian was placed on administrative leave on March 1 and will remain on leave during the investigation,” the church said in its statement. “Trinity takes these allegations very seriously.”