Vivo has announced the launch date of a whole new series of smartphones in India. To be named “Series T”, the new line of products by the smartphone maker will debut in February and will come as part of its partnership with e-commerce major Flipkart.

In a press release, Vivo says that the first product under the new Series T will be the Vivo T1 5G. The new smartphone will be launched on February 9 in India and as can be judged from the aforementioned partnership, will be available through Flipkart and other mainline channels.

As for what to expect from the phone, the company hints that the Vivo T1 5G will be "the fastest and the slimmest 5G smartphone in the sub 20K category." This will further expand Vivo's portfolio of slim smartphones to a new budget category. Vivo has its own phones already competing in other price ranges, with the likes of Vivo V21 and Vivo V23 5G selling in India with less than 8mm of thickness. 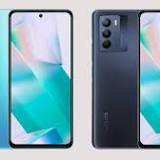 Other than this, the company says that the Vivo T1 5G will offer "multi-dimensional turbo performance" and will carry a "trendy design." Much like its other phones, this will ensure that the Vivo T1 5G is yet another attempt by Vivo to target the Gen Z users and young millennials in the country.

Vivo says that it will reveal more information on the Vivo T1 5G in the upcoming days, through its social media channels. However, we may not really need to wait to have an idea of what the smartphone will bring. The Vivo T1 5G has already been launched in China last year, and here is what it has to offer in the country.

Vivo T1 5G packs a 5,000 mAh battery and also supports 44W fast charging. Other features on the phone include a 3.5mm audio jack and a side-mounted fingerprint scanner.

It will be interesting to see how the Vivo T1 5G will fare in India, especially when it will launch on the same day as the Redmi Note 11 series in the country.

Next: Pontius Pilate as “Every Man”